Super Jake & the King of Chaos 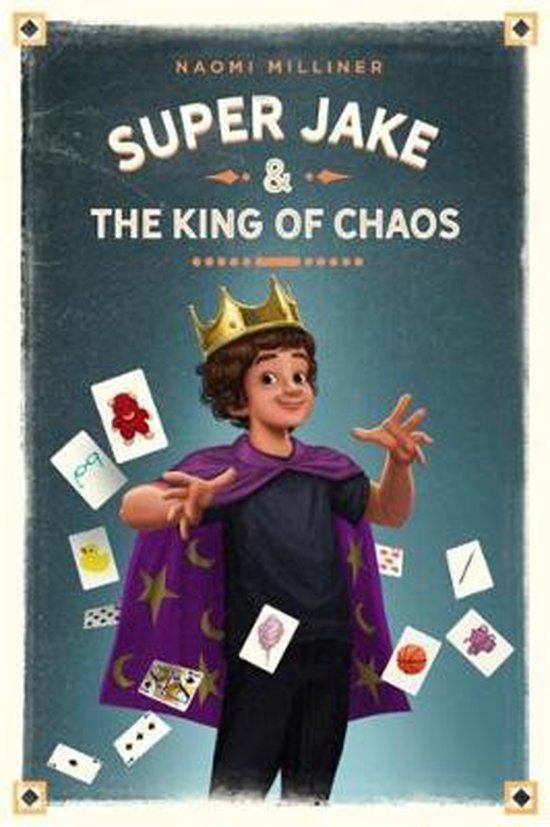 Ethan loves magic and dreams of being a professional magician one day. The only thing that he loves more is his family, especially his baby brother, Jake, who was born with a neurological disorder that has left him unable to talk or move around on his own. Sometimes life is a little stressful with his parents, little brother, grandparents, and a whole community of specialists and therapists trying to help Jake, but Ethan wouldn't have it any other way. That is until Jake suddenly gets really sick and Ethan's dream of winning a magic competition and performing with his hero, Magnus the Magnificent, are pushed aside. As Ethan struggles with his inability to help his baby brother and his newfound responsibilities, he learns with the help of his family, Jake, and their community that love and hope might be the greatest magic of all. Super Jake & the King of Chaos is loosely based on the Naomi Milliner's experiences with her young son who had Cerebellar hypoplasia, which is a rare condition where a baby's cerebellum is either missing or much smaller than usual. The heart, emotion, and humor of the book takes the reader on the tumultuous journey of what it can be like to live with a child who has special needs or has a disability in an authentic way, but never gives into despair.
Toon meer Toon minder