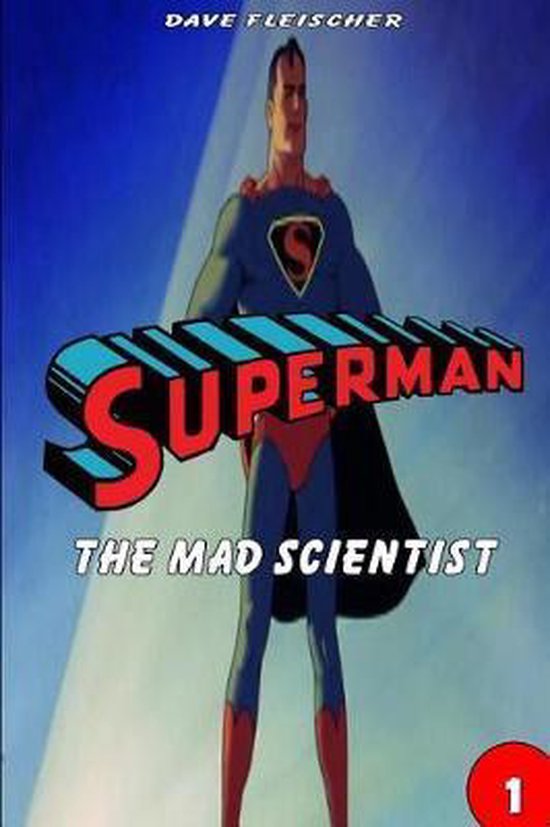 Long ago, a planet called Krypton once existed. It burned like a green star in the distant heavens. There, civilization was incredibly advanced to the absolute peak of human perfection. The planet itself however, was not so perfect. There came a time when violent quakes threatened all life on Krypton. One of the planet's leading scientists sensed the approach of doom, and placed his infant son in a rocket ship, and sent him on a course for the planet Earth, just as Krypton exploded. The spacecraft landed on earth, and was found by a passing motorist, who took him to an orphanage. And as the years go by and the child grew to maturity, he found that he possessed amazing super powers far beyond those of mortal men. Now, he's Superman. He took on the disguise of Clark Kent, a reporter for the Daily Planet in Metropolis. Now at the Daily Planet, Perry White calls Lois Lane and Clark Kent into his office to inform him that he had received a threatening note from the Mad Scientist, which stated that he plans to use his powerful ray gun to attack those who mocked him in relation to his scientific theories. Perry feels that he could prove to be dangerous, and that it would make a great story. He tells Lois and Clark to head over to his lair and get the story, but Lois asks if she could go alone, so she could crack the case all by herself. Clark protests, but ultimately Perry decides to let her go alone. Taking an airplane, she flies over to the lair of the Mad Scientist, who prepares to use his giant deadly ray gun. He captures Ms. Lane upon her arrival, and binds her to a chair and forces her to watch as he destroys her hometown. He starts with destroying a bridge, which causes multiple pedestrians and motorists to fall to their deaths into the river below. Meanwhile, at the Daily Planet, Clark hears the report about the destroyed bridge over the radio, and then says "This looks like a job for Superman!" Just then, the Mad Scientist targets the Daily Planet building itself, and causes the building to fall over. Superman, using his incredible super strength, catches the building with his bare hands and sets it back upright. His invulnerable body shields the building from the powerful ray. But the Mad Scientist doesn't give up so easily, and he fires missiles down the path of the beam, which strike Superman and knocks him to the ground. But he gets up, and plows through the missiles, punching them one by one as they approach him. He continues to fly toward the Mad Scientist's lair, his ray, even on full power is still no match for Superman! This frustrates him, and he makes the statement: "I don't believe it! He isn't human!" The ray overloads, and it starts to meltdown. Superman then saves Lois and the Mad Scientist just as the place goes up, and the Mad Scientist is taken to jail. Later at the Daily Planet, Perry congratulates Lois Lane for a great scoop on her story about the Mad Scientist. She then thanks the Chief for his compliment, but she then tells them that she was able to write it "Thanks to Superman."
Toon meer Toon minder