Swift vs. Mainwaring The Examiner and The Medley 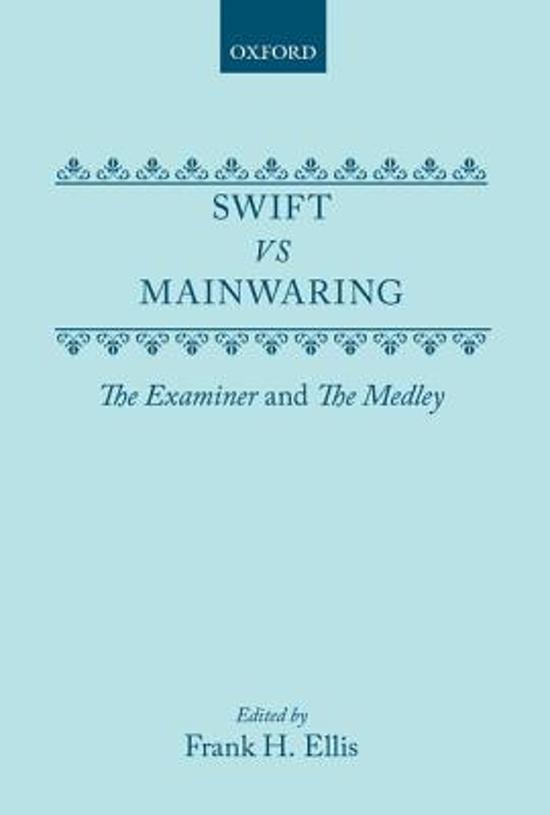 In this edition the text of The Examiner is presented as Swift wrote it, not as it was revised for publication by George Faulkner in 1738. And for the first time Swift's Examiners are juxtaposed with the Medleys of Arthur Mainwaring that replied to them every week. They bring the reader close to the actualites of London between November 1710 and June 1711. From the literary point of view The Examiner is important because it contains some of Swift's best work. Even under the pressure of weekly publication he was still able to achieve, in Herbert Davis's words, 'an aloofness as if beyond bias and passion'.