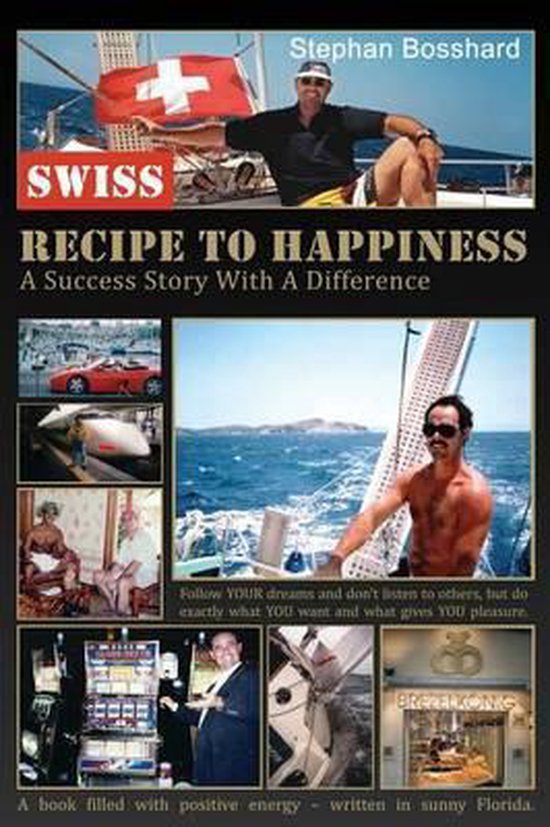 This is the story of a Swiss businessman who thought he had fulfilled his dreams, but then realized that on the way, he had lost sight of his real goals. He let go of what he had achieved, sold his company and regained what he had lost: his freedom. His autobiography, which reads like a suspenseful novel, is a great success story with heart and soul. And he has found the recipe to happiness. - The man is Stephan Bosshard Although Stephan Bosshard was born (on August 6, 1960) and raised in Switzerland, it wouldn't be quite appropriate to call him the typical Swiss. Due to his not exactly carefree childhood, he took his life into his own hands quite early and began to dream of true happiness. He found it - not where one might expect, in his success and wealth, but in the subtleties of daily life. He learned from experience that true happiness consists of love, leisure time and good health. On the zenith of his career - around the turn of the Millennium - he decided to let go. He sold his life's work, the famous ''Pretzel King'' business, at a profit. For the time being, that spelled a Happy End to his earlier chase after happiness.
Toon meer Toon minder