Switch! The Lost Kingdoms of Karibu 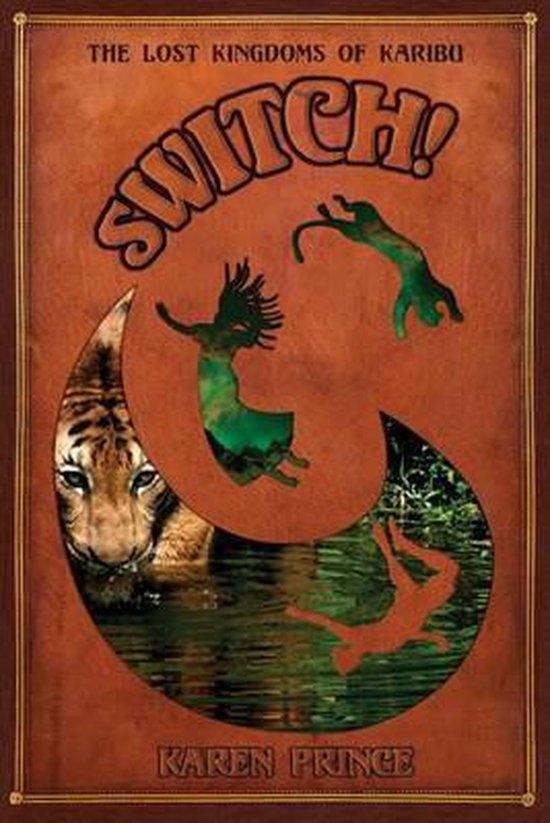 Switch! A fantasy adventure about magic, friendship and bravery, but also about bad judgement, rascally witches and thoroughly irresponsible adults.Trouble is brewing in the secret African rift valley of Karibu and Gogo Maya, the witch, and her leopard are about to make matters worse. Of all the dubious magic tricks they know, they choose a risky ‘switch’ they’ve been working on, to escape from somebody lurking in the forest. Unfortunately they overshoot, switching right out of Karibu and drawing an ordinary Zimbabwean boy into the vacuum they leave behind them. The whole disaster that followed might have been averted if another boy had not gone and sucked up what was left of the witch’s power, leaving her too weak to switch back again. CPR, the daft boy called it. He should know better than to risk kissing a witchIf you had to choose between Joe’s two best friends or his cousin, Ethan, to lead an adventure into the bush to rescue him, Ethan would be the last one you’d pick because, well … he’s useless that way. Yet the witch’s leopard inexplicably starts issuing plans right into his head. Apparently he’s Joe’s best hope because he has absorbed some of the witch’s questionable magic powers. Powers which might come in handy if he ever learns how to wield them, and if he can endure the painful backlash he suffers every time he tries.In a world that quite literally defies belief, where magic seeps into the drinking water for anyone to use or abuse, and the terrain is impossible to navigate without help from extremely risky sources, this is the tale of Ethan’s struggle to reach his cousin, Joe, before he falls into the wrong hands and gets himself killed.Early Reviews for Switch!:What a fantastic story! This may be classified as YA, but there is no reason why adults can’t enjoy it too. All the adventure of Tom Sawyer, and all the “life’s Lessons learned” as well. Kitty Muse Book Reviews.Of all the current books for teens, this is my favorite. The characters were all charming, well thought out and full of quirks and fun. Sharon Gosling.If you enjoyed the Harry Potter series, the Artemis Fowl series or Terry Pratchett you might like to scroll up and click on the ‘Look Inside’ feature right above the book cover image for Switch! and see if you want to give it a whirl.

Karen Prince was raised on a wildlife farm in Zimbabwe; a perfect childhood for someone who always wanted to become an adventure writer. Between searching for leopards and other dangerous creatures on horseback and cooling off in the nearby dam - which was occupied by at least one crocodile - it was a wonder she survived.This chaotic life was balanced during the school term by the harsh discipline and unreasonable constraints of attendance at an all girls boarding school, an overnight train ride away. That was where Karen became an avid writer. Mostly of heartfelt pleas to anyone who would listen, to rescue her soon.
Toon meer Toon minder