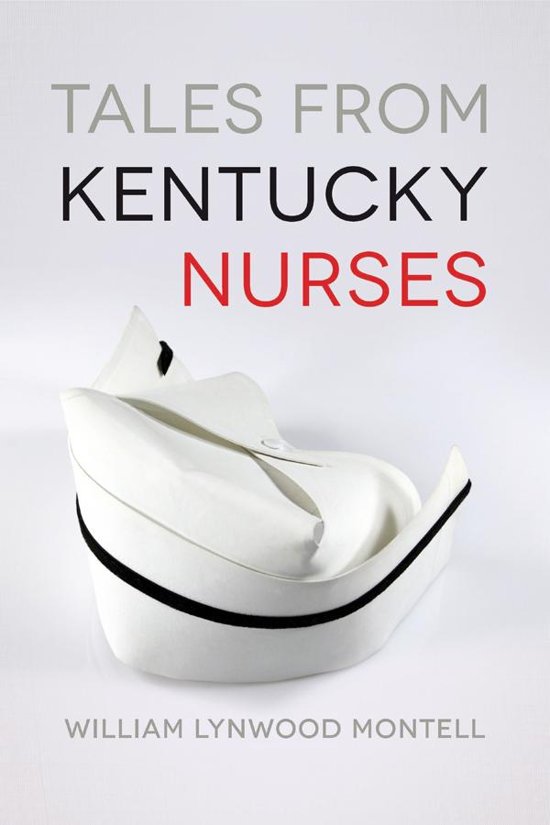 From frontier times to the present day, Kentucky nurses have served with intelligence and energy, always ensuring that their patients received the best available care. Noted folklorist and oral historian William Lynwood Montell collects nearly two hundred stories from these hard-working men and women in Tales from Kentucky Nurses. From humorous anecdotes to spine-chilling coincidences, tragic circumstances, and heartwarming encounters, the tales in this lively volume are recorded exactly as they were told to Montell.


Covering medical practice in the state from the early twentieth century through contemporary times, the episodes related in Tales from Kentucky Nurses reveal the significance of the nursing profession to the Bluegrass state's local life and culture. They include funny tales -- such as the story of an injured stripper who swore her pole had been sabotaged and an anecdote about a surgeon racing between hospitals who paid his speeding ticket twice, knowing he would have to hurry the other way in a few hours. Montell also presents moving stories like the recollections of a nurse who helped a frail cancer patient achieve his last wish of being baptized.


This valuable collection also features anecdotes from the famous Frontier Nursing Service, which provided essential care to families in remote areas of the state and whose leader, Mary Breckinridge, is remembered fondly for her wit and kindness. In addition, Montell's interviewees share ghost stories and describe folk remedies like the practice of placing an axe under a woman's pillow during labor to cut the pain. These firsthand accounts not only pay homage to an underappreciated profession but also preserve important aspects of Kentucky's history not likely to be recorded elsewhere.

Montell presents the stories of Kentucky nurses through the voices of the nurses themselves. - Deborah Reed, Distinguished Service Professor and Good Samaritan Endowed Chair of Nursing at the University of Kentucky. Tales from Kentucky Nurses fits well with the other Tales from series of books William Lynwood Montell has so admirably compiled for the University Press of Kentucky. - Mary Hamilton, author of Kentucky Folktales. I had difficulty putting it aside when it was way past my normal bedtime. Several times I would tell myself just one more story only to realize later an hour had passed since I made that commitment. Like his other forays into the various occupations indigenous to this part of the country, Tales from Kentucky Nurses has a mesmerizing quality. Montell is a master of this form of storytelling. His prose is focused intently on conveying meaning on multiple levels, and his literary style is ideally suited for a wide audience. - Bowling Green Daily News. Montell's collection of oral histories is invaluable in preserving the history of the Commonwealth, by reporting on the medical problems endured by Kentuckians with little access to medical care, and telling the stories of the heroic nurses who dedicated their lives to providing care. - Kentucky Libraries. This book will be useful to many: historians, educators, medical professionals, andother scholars. But it will also be useful to those who simply love to read, regardless of their profession, and to those who do not want to forget the past. - Journal of Folklore Research. Montell showcases a wide range of experiences, from the unpredictable environment of the emergency room, to the joys and difficulties of childbirth and the sometimes confounding misbehavior of patients. Other tales focus on the more humorous aspects of life as a nurse, including the story of moonshine-laced coffee, which caused one exhausted nurse to fall asleep while riding her horse home late at night. - Kentucky Living
Toon meer Toon minder