Teardrops of the Waning Moon 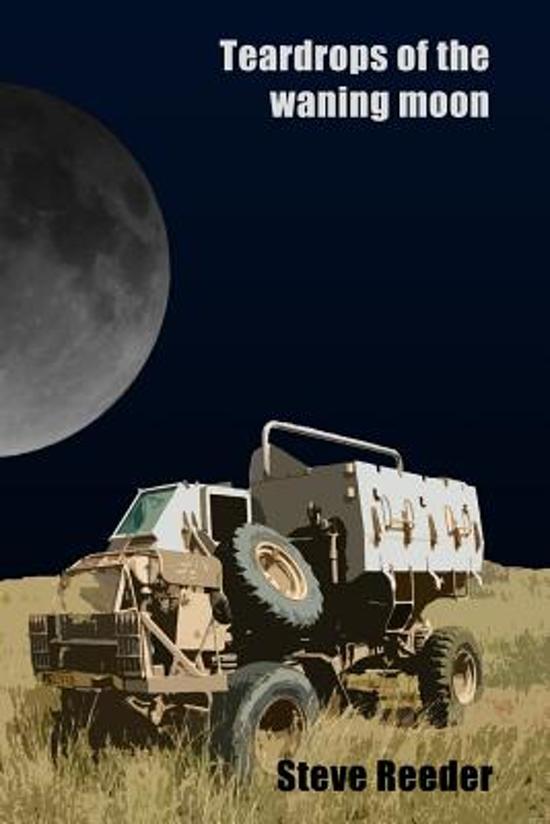 In 1981, I was serving my two years National Service with the South African Defence Force, and took part in a major operation into Angola in the middle of that year. The name of the operation no longer matters, although I’m sure there will be many South African men reading this that can guess. The purpose of the operation was to clear the southern part of that country of SWAPO fighters, and the Angola National Army who supported them. I had volunteered, along with five of my regiment buddies, to drive a buffel, an Armoured Personnel Carrier (APC) with drop-down sides for quick deployment, as a means of getting onto the operation. A buffel is an Afrikaans word for buffalo. We had a quick one-hour lesson from a driver in the transport platoon, and off we went. We had a lot of fun, even though there was the constant danger of injury and death, fire-fights with the enemy and having the troop-carrier that I was driving being blown out from under me by a TM57 Russia-made anti-vehicle mine. I have often thought about the things that happened during those seven weeks, and wondered if I would write a book about it. And so it happened, thirty-one years later, I write that book that has been floating around in my head. Those seven weeks are printed in indelible ink on the walls of my mind. It was those seven weeks that inspired and led me to some of the events in this book – like the Angolan Army’s pay office that was robbed. Names of my old comrades-in-arms have been changed to protect them from any fall-out this book would cause. This is a work of fiction, but inspired by events during those seven incredible weeks.
Toon meer Toon minder