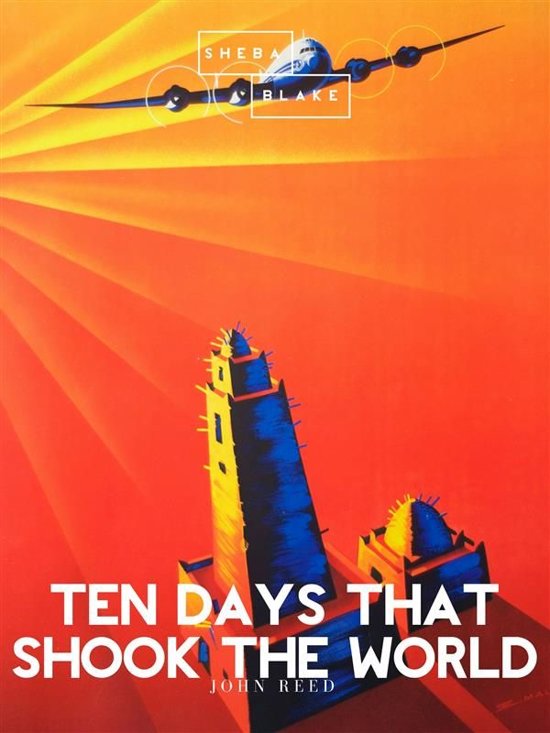 John Reed is the author of the novels  A Still Small Voice,  The Whole, Snowball's Chance,  All The World's A Grave: A New Play by William Shakespeare, Tales of Woe, and  Free Boat: Collected Lies and Love Poems. He is a two-term member of the board of directors of the National Book Critics Circle, and a professor of creative writing at the New School.
Alles van John Reed
Toon meer Toon minder

Ten Days That Shook the World is a book by the American journalist and socialist John Reed about the October Revolution in Russia in 1917, which Reed experienced firsthand. Reed followed many of the prominent Bolshevik leaders closely during his time in Russia. John Reed died in 1920, shortly after the book was finished, and he is one of the few Americans buried at the Kremlin Wall Necropolis in Moscow, a site normally reserved only for the most prominent Soviet leaders.


John Reed was on an assignment for The Masses, a magazine of socialist politics, when he was reporting the Russian Revolution. Although Reed states that he had ''tried to see events with the eye of a conscientious reporter, interested in setting down the truth'' during the time of the event, he stated in the preface that ''in the struggle my sympathies were not neutral'' (since the book leans towards the Bolsheviks and their viewpoints). Before John Reed left for Russia, the Espionage Act was passed on June 15, 1917, which fined and imprisoned anyone who interfered with the recruiting of soldiers and prohibited the mailing of any newspaper or magazine that promoted such sentiments.


The U. S. Postal Service was also given leave to deny any mailing that fitted these standards from further postal delivery, and then to disqualify a magazine because it had missed a mailing and hence, was no longer considered a regular publication. Because of this, The Masses was forced by the United States federal government to cease publication in the fall of 1917, after refusing to change the magazine's policy against the war. The Liberator, founded by Max Eastman under his and his sister's private control, published Reed's articles concerning the Russian Revolution instead. In an effort to ensure the magazine's survival, Eastman compromised and tempered its views accordingly.


Upon returning from Russia during April 1918 from Kristiania in Norway, after being barred from either traveling to the United States or returning to Russia since February 23 by the State Department, Reed's trunk of notes and materials on the revolution—which included Russian handbills, newspapers, and speeches—were seized by custom officials, who interrogated him for four hours over his activities in Russia during the previous eight months.


Michael Gold, an eyewitness to Reed's arrival to Manhattan, recalls how ''a swarm of Department of Justice men stripped him, went over every inch of his clothes and baggage, and put him through the usual inquisition. Reed had been sick with ptomaine on the boat. The inquisition had also been painful.'' Back home during mid-summer 1918, Reed, worried that ''his vivid impressions on the revolution would fade,'' fought hard to regain his papers from the possession of the government, who refused to return them.