Terror on the Cliffs 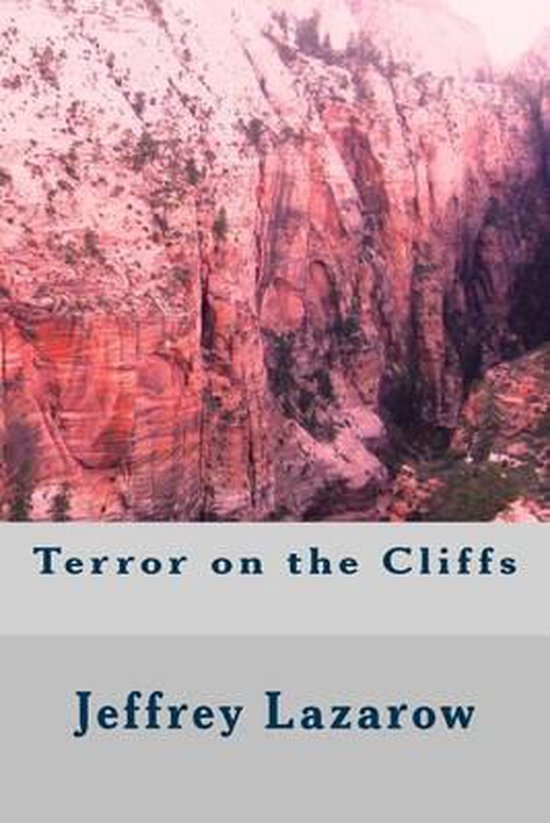 Two couples undertake a hiking adventure up Angels Landing in Zion National Park. Although four climb the steep peak, not all return. Missing, an accident or something sinister? The reader is kept guessing until the last pages as the plot takes many unexpected twists and turns along hiking trails in the western part of the USA. The supposedly 'good guys' place themselves in a 'no-win' situation towards the climax when it appears that evil will triumph over good. Left to the authorities, it might just be the case. With a dubious hero jailed, an elderly attorney is left fighting for justice. The odds of success remain extremely bleak... Extract: They stood around in random fashion, the sheriff and his officers, a few park rangers, two civilians and a helicopter pilot. Many of the faces, particularly the eyes, aimed a little off to the side of the subject. Their work was partly complete. The body before them was female-unfortunately, the remains of a woman. The clue regarding gender revealed itself in the clothing. Although the khakis she wore were unisex, usually making it more difficult to differentiate, parts not soaked in blood revealed a woman's curves and style. Even hardened officers approached reluctantly. Limbs protruded at all angles, twisted, bent and broken. The smashed head looked like a papier-mache model. Brain matter continued to leak, to drip slowly from the large hole in the cranium, adding to the pools of congealed blood that formed under and around the body. The head had twisted so that the face hung pathetically, chin resting on the left shoulder, not unlike a puppet put through its motions. It amounted to a pile of broken, no, make that smashed bones, torn flesh and hair colored mostly red, blood red. It was a disastrous and cruel ending for the poor woman. Dare it be asked: Another failure of mankind? Death is harsh, tragic and final. At least, one could expect, even in a cruel world, death with some dignity. This woman was not afforded that. She died without a shred of dignity and alone, increasing the pain and shame of it all. If it could be considered somewhat of a consolation, the flesh-eaters had yet to arrive. The civilian woman observing the scene with the rest of the males reached out and embraced the man standing next to her. Her sobs, emanating from somewhere deep inside the soul, filled the space with the only sound in this vast open and attractive terrain, save for the occasional croaking frog and buzz of crickets. The uniformed men seemed relieved to divert attention from the former human form to the heart-broken, living woman. Accidents of this nature were not uncommon, although not occurring frequently, thankfully. Accident or foul play, nobody knew, but the next few days might reveal the truth. Whatever the cause, the horrific result would not change. The woman was broken, broken beyond repair-dead.
Toon meer Toon minder