Terrorism in Pakistan Incident Patterns, Terrorists' Characteristics, and the Impact of Killing and Arresting Terrorists on Future Terrorism 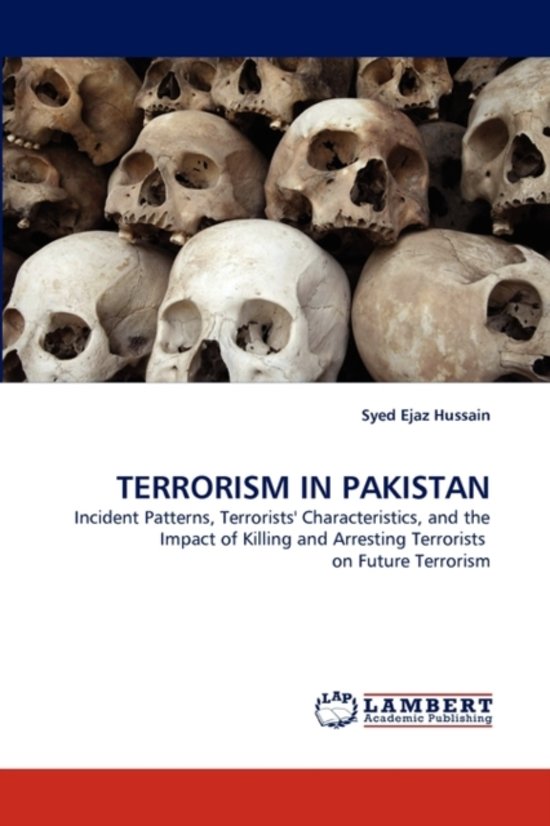 With varying motives, using the newest weapons, engulfing a wider area, and claiming more lives, terrorism in Pakistan has attracted considerable local and global attention. In this book, I have tried to accomplish three things. First, I describe empirically the temporal and spatial patterns of terrorism incidents in Pakistan from 1974 to 2007. In addition, I also describe the patterns in target types, weapon types and terrorist group types, and the patterns prior to and following the U.S.-led invasions of Afghanistan and Iraq. Second, I analyze personal, socioeconomic and demographic characteristics of arrested terrorists (2344) in Pakistan from 1990 to 2009. Last, I study how arrests of different terrorist types and terrorist arrest types result in different types of reactions- defiance, deterrence, or irrelevance. I divide terrorist types into hardcore terrorists and peripheral terrorists, and arrest types into ordinary arrests or arrests by killings. I use 20 years of data from eight regions of the Punjab in Pakistan. Prof. Lawrence Sherman, from Cambridge University termed this study as the first systematic analysis of evidence on terrorism in Pakistan.
Toon meer Toon minder