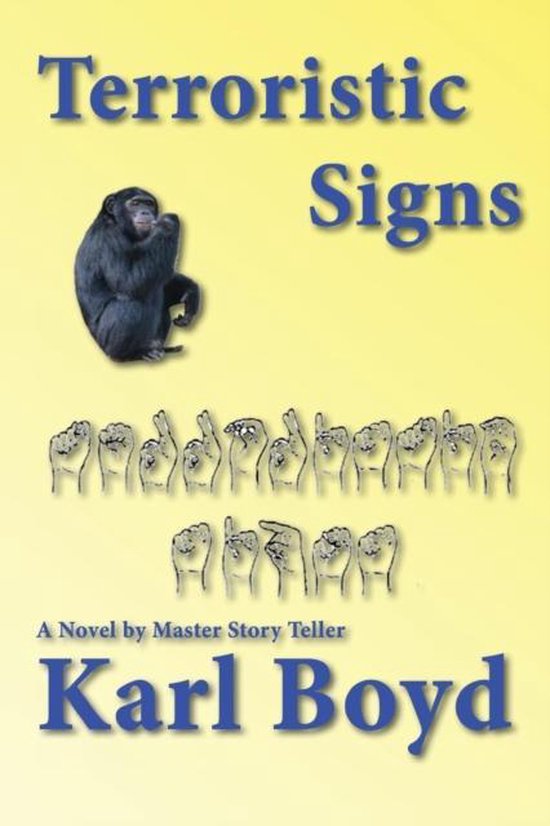 WARNING TRUST ME: DO NOT BEGIN READING THIS NOVEL LATE IN THE EVENING OR YOU WILL BE AWAKE THROUGH THE WEE HOURS ATTEMPTING TO REACH THE THRILLING CONCLUSON Terroristic Signs Through a seemingly disconnected series of events, a young college student, Katie Atkins stumbles upon plans for a terrorist attack designed to kill thousands, perhaps hundreds of thousands of innocent American citizens. Her source of information is so strange, her co-workers or friends won't listen, believe or assist her quest to prevent the disaster. Finally, with two other witnesses accompanying her, she decides to take matters into her own hands and go to the FBI. One of the plotters overhears her plans, so Katie and one of her friends are subsequently killed, but one escapes a cleverly designed "accidental" explosion orchestrated by a hired assassin named Claude Werner, who assumes incorrectly he has killed them all, so the terrorists continue with their diabolical plans. When Claude arrives to collect his payoff, he is ambushed, shot twice and left to drown in an abandoned quarry, but survives when a neighbor hears the shots, investigates and finds him in the water. After his recovery, Claude vows revenge on the terrorists. Knowing they are not constrained by moral or ethical law, he uses their own style of evil, shock, and fear to circumvent their organization and inflect his deadly retribution. The trail of bodies he leaves behind, and the way they are taken out of action attracts the attention of FBI Agent Kris Hefner and local law enforcement officers in Sulfur Springs, CO, who join forces to solve not only those crimes, but the mystery of why so many people connected with a nerve gas facility have been murdered in the past month. In an out of the ordinary twist of conscience, Claude forms a friendship with police Sergeant Joe Francone and gives him updates on his progress. One of those whom Claude killed left behind a cryptic note in some sort of code, which may lead to the deadly device the terrorists plan to use. Now, although the concept has been discovered, the lawmen still do not know the location of the planned attack, date or time, or where the device is stored. In order to save their fellow citizens, they must decipher the true meaning of: Bad, Man, Fell, X, Man, Is, Far, East, Man, Terror, Is, Nervous, Gas, Football, Fall, Hide, Three, Two, Fire, X, Cotton, Food, Bowl, Kill, President, Thousands. Will they? Only time and the tantalizing tale contained within these two covers will tell. Enjoy Karl Boyd is a retired US Air Force Master Sergeant. Much of Karl's writing is taken from personal experiences while serving with the military in such locations as Bermuda, Iceland, Saudi Arabia and Hawaii, plus the Middle and Far East. Karl and his wife, Carol, now reside on the Gulf Coast of Texas where he enjoys fishing and writing.
Toon meer Toon minder