Testicles Balls in Cooking and Culture 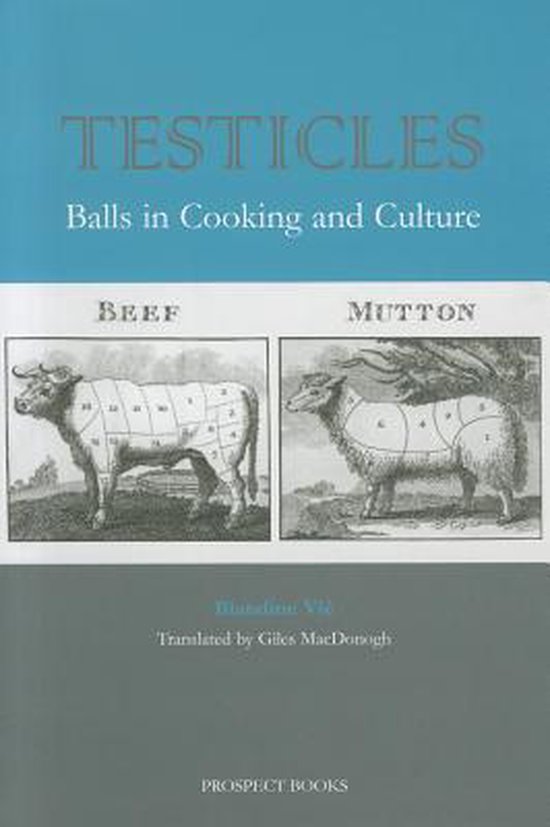 This sparkling book was first published in France in 2005 and has been magnificently translated into English by the food writer and historian Giles MacDonogh. It is part cookery book, part dictionary and part cultural study of testicles: human and animal. Their culinary use is the bedrock, although it would be impossible to ignore the wider implications of these anatomical jewels. Blandine Vié has a delicious way with words, and a delight in exploring the furthest corners of our vocabulary, both scurrilous and euphemistic.The book opens with a discussion of balls, of pairs, of virility and the general significance thereof; it then delves more deeply into the culinary use of testicles, in history and across cultures; there follows a recipe section that ranges the continents in search of good dishes, from lamb's fry with mushrooms, to balls with citrus fruit, to the criadillas beloved of bullfighters, and Potatoes Léontine, stuffed with cocks' stones. (There are, however, no recipes for cannibals.) To close, there is an extensive dictionary or glossary, drawing on many languages, which illustrates the linguistic richness that attaches to this part of the body. It is in this section particularly that the ingenuity and intelligence of the translator is on display as he converts the French original into something entirely accessible to the English reader.
Toon meer Toon minder