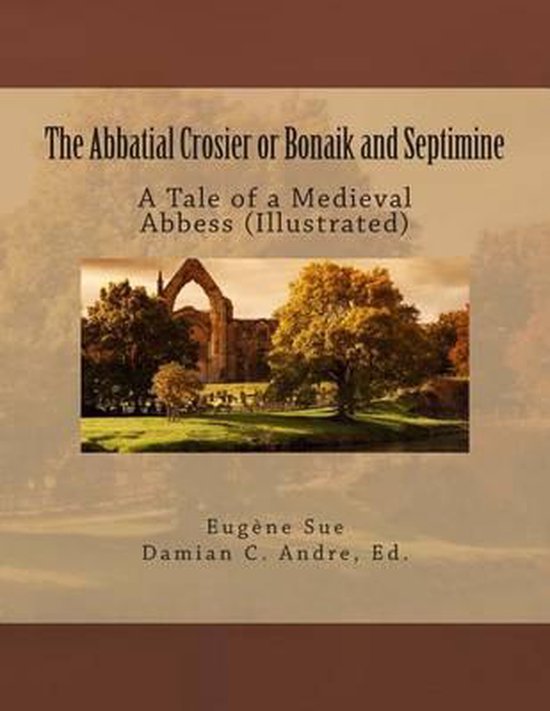 The Abbatial Crosier, set in the year 737 AD, is the 8th volume in a series called The Mysteries of the People; or History of a Proletarian Family Across the Ages that was written between 1849-1857. Eugene Sue created this series to be a European history that depicted the struggle between the ruling and the ruled classes. One family, the descendants of a Gallic chief named Joel, represent the oppressed and the descendants of a Frankish chief Neroweg, typify the oppressors. Down through the ages the successive struggles between oppressors and oppressed are depicted in a series of stories that culminate in the European Revolutions of 1848.Considered classics of Marxist/Socialist thought, these books are mostly forgotten today, and the English-language editions published at the beginning of the 20th Century have only recently become available.The Abbatial Crosier is set in the year 719 when Germanic Franks under the leadership of Charles Martel (The Hammer) are driving back invading Moslems. The native Gauls are enslaved by both sides of the conflict. Sue quotes a female slave as saying "Sad days these are for us. We have only the choice of servitudes." One young enslaved Gaul, having helped keep his master's weapons sharp, armor clean, and horse well-fed, takes them one day. Assuming a new name, he disguises himself as a free warrior. Fierce in battle, he wins his way into the heart of Charles Martel. He enjoys fighting other German tribes and Moslem invaders, but feels out of place, and fears he will be called upon to fight his own people. One day he must decide between the glory of working for the ruling class, or returning to his Gallic roots.
Toon meer Toon minder