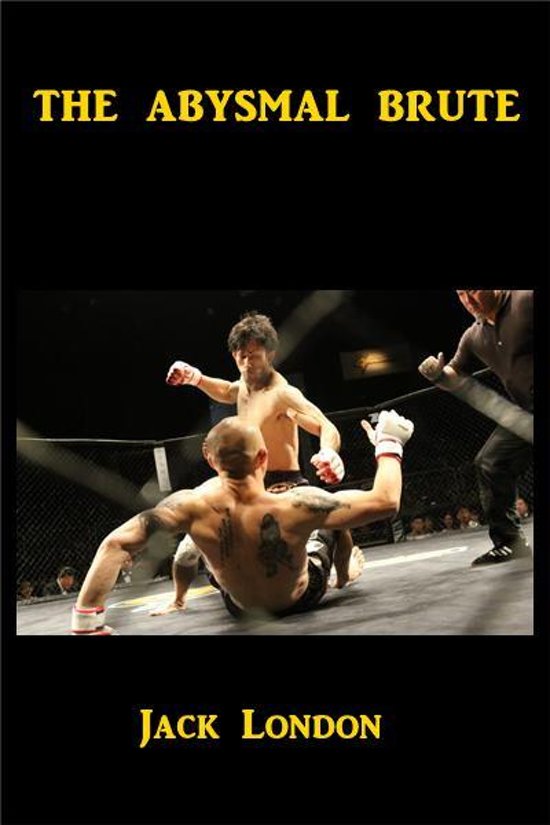 The Abysmal Brute is a novel by American writer Jack London, first published in book form in 1913. It is a short novel, and could be regarded as a novelette. It first appeared in September 1911 in Popular Magazine.

In the story, a successful boxer, who was brought up in a log cabin and knows little of the real world, begins to realize the corrupt practices in the game of boxing.

In 1910, when the story was written, London had become a famous writer but he was worried that he had exhausted his ideas. The Abysmal Brute was based on one of several plot outlines he bought from Sinclair Lewis, an admirer of London who was at the beginning of his career.

Sam Stubener, a boxing manager in San Francisco, travels to a remote log cabin in northern California on getting a letter from retired boxer Pat Glendon, who lives there with his son, Pat Glendon Jr, a promising young boxer. Pat Jr fights well; otherwise, he knows little of city life; he hunts and fishes in the forest, he reads poetry and avoids women.

Sam brings Pat Jr back to San Francisco. Although Sam and Pat both know he could win a fight with a top boxer, the conventions of boxing require that Pat has to start with a boxer of lower rank. In his first three fights, he knocks out his opponent immediately with one punch. Sam tells Pat to make his fights last longer; since Pat says that he is master of his opponent ''at any inch or second of the fight'', they agree on which round the knockout will happen.

Pat's career takes off, winning fights worldwide. The newspapers, who interpret his detachment from the real world as unsociability, call him ''The Abysmal Brute.'' Sam protects him from the corruption in boxing. Pat is not aware that Sam is using his knowledge of the timing of the knockout in a betting syndicate. There is more, but we don't want to be a spoiler.