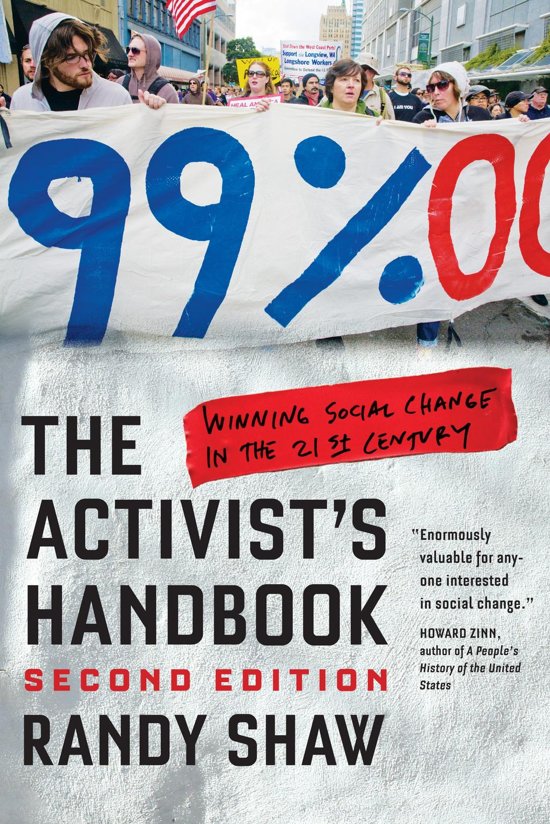 The Activist's Handbook is a hard-hitting guide to making social change happen. Shaw, a longtime activist for urban issues, shows how positive change can still be accomplished - despite an increasingly grim political order - if activists employ the strategies set forth in this desperately needed primer. In a new preface, Shaw describes how the power of grassroots activism has won newfound respect. Mass protests against globalization and in favor of stricter gun controls have led once-invulnerable targets like the World Bank and the National Rifle Association to take citizen action more seriously. Inspiring 'fear and loathing' in politicians, building diverse coalitions, and harnessing the media, the courts, and the electoral process to one's cause are only some of the key tactics Shaw advocates and explains. Central to all social-change activism, Shaw shows, is being proactive: rather than simply reacting to right-wing proposals, activists must develop an agenda and focus their resources on achieving it. The Activist's Handbook details the impact of specific strategies on campaigns across the country: battles over homelessness, the environment, AIDS policies, neighborhood preservation, and school reform among others. Though activist groups can have widely different aims, similar tactics are shown to produce success. Further, the book offers a sophisticated analysis of the American power structure by someone on the front lines. In showing how people can and must make a difference at both local and national levels, this is an indispensable guide not only for activists, but for everyone interested in the future of progressive politics in America.
Toon meer Toon minder