The Acts of the Council of Chalcedon 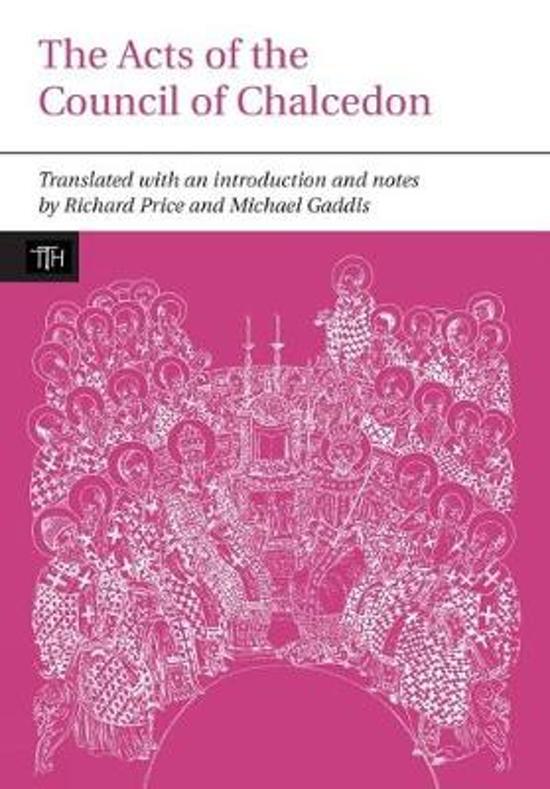 The Council of Chalcedon in 451 was a defining moment in the Christological controversies that tore apart the churches of the Eastern Roman Empire in the fifth and sixth centuries. Theological division, political rivalry and sectarian violence combined to produce what ultimately became separate Chalcedonian and non-Chalcedonian churches, a schism that persists to this day. Whether seen as a milestone in the development of orthodox doctrine or as a divisive and misguided cause of schism, Chalcedon is chiefly remembered for its Definition of Faith, a classic expression of Christian belief in Christ as both God and man. The council also dealt with other contentious issues relating to individuals and to the rights of various sees; its famous Canon 28 was crucial in the development of the patriarchate of Constantinople. Little attention, however, has been devoted to the process by which these results were reached, the day-by-day deliberations of the council as revealed in its Acts. These are particularly illuminating for the politics of the late antique church and its relations with the civil power, and contain moments of high drama. This edition, based on both the Greek and Latin versions of the Acts, is the first translation in a modern western language, and the first annotated edition. In addition to the minutes, it includes a selection of the attendant documentation, relating to imperial policy and the stance of the papacy.
Toon meer Toon minder

... these volumes should be present in all libraries of theological institutes and seminaries... On the shelf of every one engaged in the study of the Early Church and its theology. * Ephemerides Theologicae Lovanienses, Vol. 83, Fasc. 1 * Price and his colleagues have supplied a wealth of ideas and resources for investigating the history of church councils. Kevin Uhalde, Early Medieval Europe 19 (3) What a pleasure to take up this wonderful three volume edition of the Acts of the Council. There is much more of interest in these volumes and they will be useful sources for reflecting on our own Oriental Orthodox response to Chalcedon. A new paperback edition has now been produced by the Liverpool University Press and this will make this valuable resource even more affordable. Peter Theodore Farrington, The Glastonbury Review, Issue No. 115 * The Glastonbury Review, Issue No. 115 *
Toon meer Toon minder