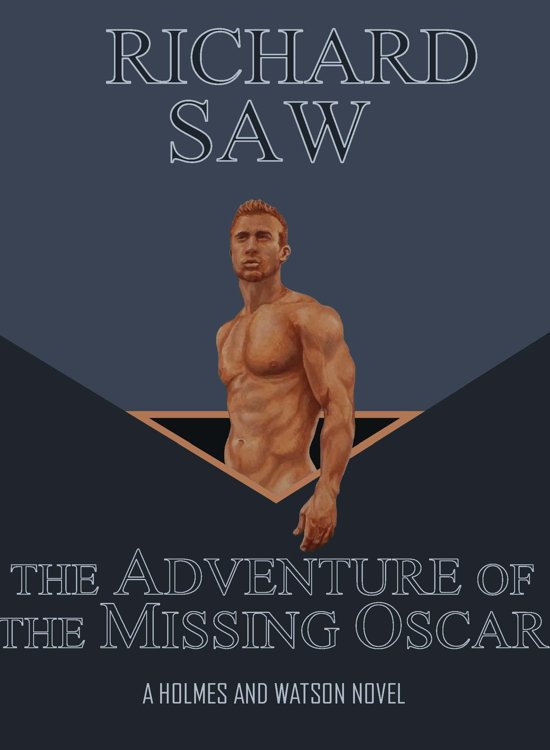 Holmes and his partner John Watson might have thought that their efforts in solving their friend Carlos' death had gone un-noticed outside their immediate circle. But they are soon to discover how wrong they were!
Jeremy Burrell is a wealthy and successful interior designer with a big house in Notting Hill, a new young plaything to help him with the plastering and plenty of friends who he met at his Summer holiday home in Mykonos. Over dinner back in London however, one of those 'friends' has stolen his prize possession - one of Edith Head's Oscars.
A chance meeting with Holmes leads him to convincing the lawyer that he and Watson should interview the guests and find out which one of them snaffled it. But what looks like a simple case of theft turns out to be much more complicated as every one of the dinner guests proves to have lots of ulterior motives for being "friends' with Jeremy. And of course it doesn't take too long for the investigative talents of Holmes... and Watson too... to discover there are other items that Jeremy is reputed to own that people might have wanted to steal.
Can Holmes and Watson recover the Oscar in time before the real secrets of Jeremy Burrell's past become public knowledge?
And who does the mother of Inspector Pomfrett's new detective think she's living with? Is there anyone in London that Dr Martin didn't meet at University? And what will happen when John Watson and Mrs Hudson finally meet?
All these mysteries... plus that pesky missing Oscar will be solved with the aid of good food, good drink, a dash of sex and some of Holmes' unique interview techniques.