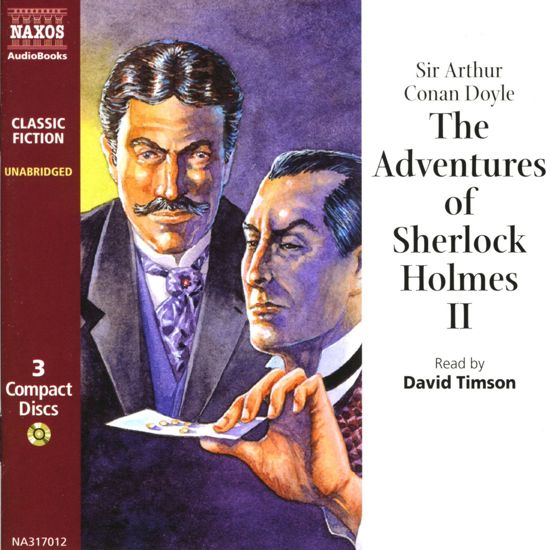 Sir Arthur Conan Doyle (1859-1930) was born in Edinburgh. Educated by the Jesuits at Stonyhurst, Doyle entered the medical school at Edinburgh University in 1876, working as a doctor's assistant at times to help pay the fees. He graduated in 1881 and, after Greenland and African voyages as a ship's doctor, went into practice at Southsea, Portsmouth.

Conan Doyle had started to write while he was a medical student, and at twenty he had a story published in Chamber's journal. Sherlock Holmes first appeared in A Study in Scarlet (1887), and from 1891 he featured regularly in stories for the Strand Magazine.

To replace Holmes, Conan Doyle created Etienne Gerard, a young French cavalry officer from the time of the Napoleonic Wars, whose memoirs were collected as The Exploits of Brigadier Gerard (1896) and its sequel, Adventures of Gerard.

Knighted in 1902, Conan Doyle produced more than 60 books in the course of his career, including songs, poetry and historical fiction in the spirit of Scott. But his greatest literary achievement lay in his short stories, unrivalled in the mingling of character, action and atmosphere, whether Holmesian or Gerardine.

In this collection are four of the finest cases of Mr Sherlock Holmes, narrated by his faithful friend and admirer Dr Watson. What was the mystery of the engineer's thumb? What was behind the disappearance of the race horse? Why did masked royalty walk up to see Holmes in Baker Street? These and other puzzles are solved by this bloodhound of a genius.