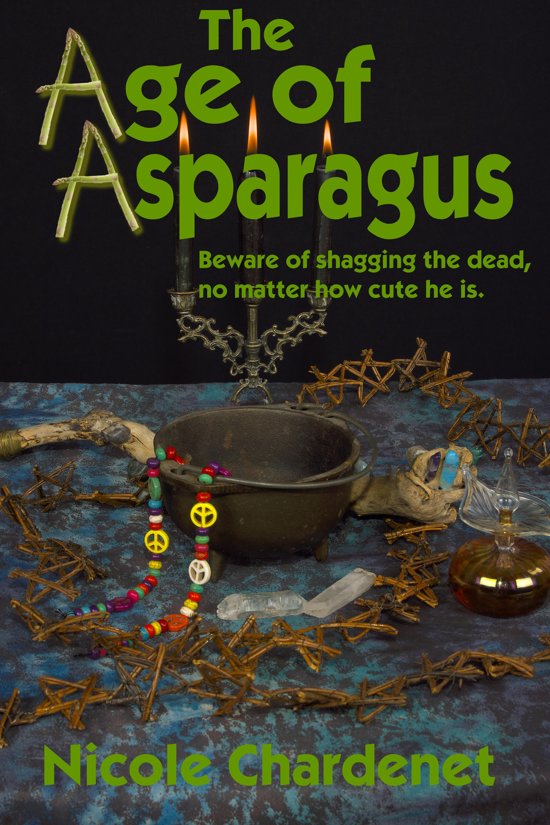 Young witch and giant Jim Morrison fan Gwenhwyfar is fed up with Toronto's singles scene and wants a boyfriend of her own. There's really only one thing left to do, clearly: Bring the drop-dead sexy Lizard King back from the dead! That is, despite her younger physics-obsessed genius sister moving in and much resistance from her reclusive roommate Eugénie. Complicated by the creepy attentions of Gwen's twice-her-age burnt out ex-rock-and-roller neighbour and the weird old guy downstairs who thinks he's the reincarnation of Aleister Crowley. The biggest problem, though, is there are always repercussions to pulling off a necromantic spell. Like, you can invite unwanted entities, and who knows what the new boyfriend will really be like. And, with the Age of Asparagus—er, Aquarius coming nigh, you could, say, accidentally empower someone with world domination aspirations who wants to become, like, the Evil Dominatrix of the World. Or whatever. Anyway, the point is, things could get really weird.
Toon meer Toon minder