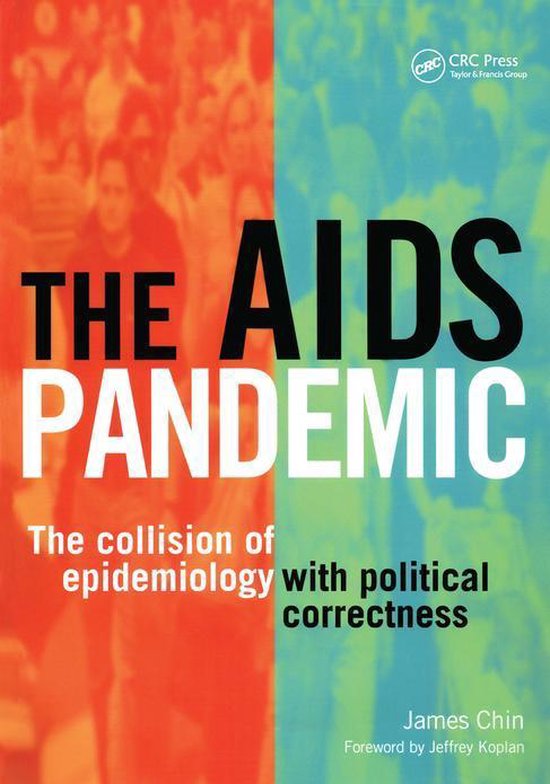 This work includes a foreword by Jeffrey Koplan, Vice President, Academic Health Affairs, Emory University, Atlanta, Formerly Director, Centers for Disease Control and Prevention (CDC). This groundbreaking new book blows apart the myths about who is at risk of getting AIDS and shows how these myths are driven by moral and political pressures. It provides an objective, logical, clear, epidemiologically based analysis on the current situation and situates itself firmly at marked variance with the politically correct position of UNAIDS and most AIDS activists. ''The AIDS Pandemic'' argues that the story of HIV has been distorted by UNAIDS and AIDS activists in order to support the myth of the high potential risk of HIV epidemics spreading into the general population. In the past, most policy makers and members of the public have uncritically accepted UNAIDS' high prevalence estimates and projections when in fact lower HIV prevalence estimates are more accurate. Time, money and resources are being wasted worldwide. This book is full of fresh analysis for all people working in any capacity in HIV/AIDS programmes. It will be invaluable to undergraduate and postgraduate healthcare students, health and social care professionals and the international media. Policy makers and shapers will find the pioneering information crucial to the future of the AIDS strategy. 'For close to a half century, my work as a public health epidemiologist has involved field research, program management, and teaching, mostly on public health surveillance and prevention and control of communicable diseases. [Since 1981] I have been involved virtually full time with the international response to the AIDS pandemic which is without question one of the most severe infectious disease pandemics in modern times. During my public health career that began in the early 1960s, I have always been considered a part of conventional or mainstream medical science. However, since the mid-1990s, I have found myself swimming upstream against mainstream AIDS organisations. I have, during this period, gradually come to the realisation that AIDS programs developed by international agencies and faith based organizations have been and continue to be more socially, politically, and moralistically correct than epidemiologically accurate.' - James Chin, in the Preface. 'Controversy and differing opinions have been hallmarks of the AIDS epidemic since its onset. The scope of the problem, how to identify high risk groups without increasing the burden of stigma, the safety of blood products, the best balance between prevention and treatment, have all been hot issues sometimes dividing the public health community. The passion and conflicts about how to consider and address the AIDS pandemic reflect the huge impact this disease has had globally and its interplay with macro economic, legal, social, political, national security and ethical domains. Vital, provocative, thoughtful, direct, passionate, rational and willing to challenge conventional wisdom. ''The AIDS Pandemic'' is filled with information, rational arguments and opinions, often intermingled. It is a rare book on epidemiology that puts so much of the author's personality and viewpoints, along with his knowledge and experience, before the reader. The result is a thought-provoking, likely-to-be-controversial, contribution to the AIDS literature that should engage and stimulate the reader.' - Jeffrey Koplan, in the Foreword.