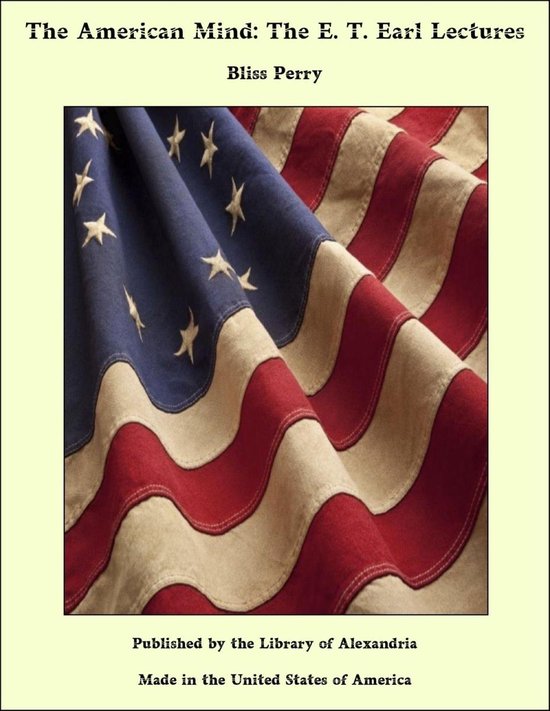 Many years ago, as a student in a foreign university, I remember attacking, with the complacency of youth, a German history of the English drama, in six volumes. I lost courage long before the author reached the age of Elizabeth, but I still recall the subject of the opening chapter: it was devoted to the physical geography of Great Britain. Writing, as the good German professor did, in the triumphant hour of Taine's theory as to the significance of place, period, and environment in determining the character of any literary production, what could be more logical than to begin at the beginning? Have not the chalk cliffs guarding the southern coast of England, have not the fatness of the midland counties and the soft rainy climate of a North Atlantic island, and the proud, tenacious, self-assertive folk that are bred there, all left their trace upon A Midsummer Night's Dream, and Every Man in his Humour and She Stoops to Conquer? Undoubtedly. Latitude and longitude, soil and rainfall and food-supply, racial origins and crossings, political and social and economic conditions, must assuredly leave their marks upon the mental and artistic productiveness of a people and upon the personality of individual writers. Taine, who delighted to point out all this, and whose English Literature remains a monument of the defects as well as of the advantages of his method, was of course not the inventor of the climatic theory. It is older than Aristotle, who discusses it in his treatise on Politics. It was a topic of interest to the scholars of the Renaissance. Englishmen of the seventeenth century, with an unction of pseudo-science added to their natural patriotism, discovered in the English climate one of the reasons of England's greatness. Thomas Sprat, writing in 1667 on the History of the Royal Society, waxes bold and asserts: "If there can be a true character given of the Universal Temper of any Nation under Heaven, then certainly this must be ascribed to our countrymen, that they have commonly an unaffected sincerity, that they love to deliver their minds with a sound simplicity, that they have the middle qualities between the reserved, subtle southern and the rough, unhewn northern people, that they are not extremely prone to speak, that they are more concerned what others will think of the strength than of the fineness of what they say, and that a universal modesty possesses them. These qualities are so conspicuous and proper to the soil that we often hear them objected to us by some of our neighbor Satyrists in more disgraceful expressions.... Even the position of our climate, the air, the influence of the heaven, the composition of the English blood, as well as the embraces of the Ocean, seem to join with the labours of the Royal Society to render our country a Land of Experimental Knowledge." The excellent Sprat was the friend and executor of the poet Cowley, who has in the Preface to his Poems a charming passage about the relation of literature to the external circumstances in which it is written. "If wit be such a Plant that it scarce receives heat enough to keep it alive even in the summer of our cold Clymate, how can it choose but wither in a long and a sharp winter? a warlike, various and a tragical age is best to write of, but worst to write in." And he adds this, concerning his own art of poetry: "There is nothing that requires so much serenity and chearfulness of spirit; it must not be either overwhelmed with the cares of Life, or overcast with the Clouds of Melancholy and Sorrow, or shaken and disturbed with the storms of injurious Fortune; it must, like the Halcyon, have fair weather to breed in.