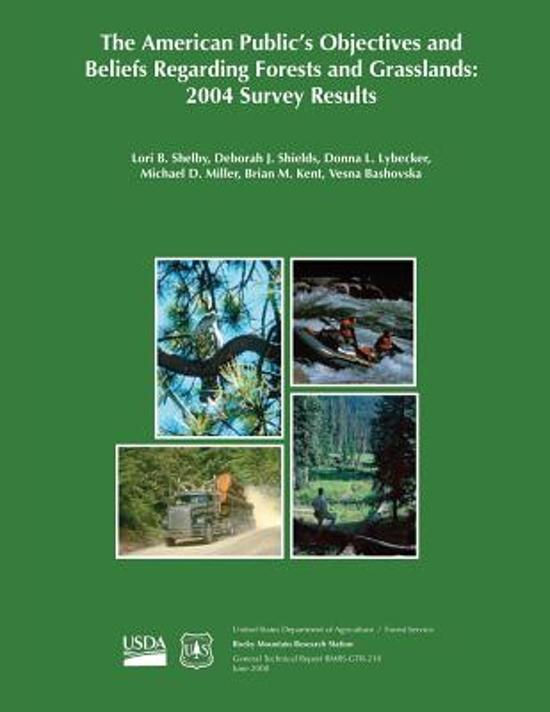 The USDA Forest Service revises its Strategic Plan according to the 1993 Government Performance and Results Act (Public Law 103-62). The goals and objectives included in the Strategic Plan are developed from natural resource trend data (Forest and Rangeland Renewable Resources Planning Act) and public input such as the results from this survey. The purpose of this report is to present results from the second version of this survey (RMRS-GTR-95). A random sample of the American public was asked about their objectives for the management of public lands and beliefs about the role the USDA Forest Service should play in fulfilling those objectives. Major findings include, but are not limited to: (a) The public sees the protection of ecosystems and habitats as an important objective and role for the agency; (b) There is a lack of support for developing new paved roads; (c) Managing motorized recreation is a high priority objective; (d) There is support for allowing diverse uses; (e) On average, the public is neutral with respect to expanding energy and mineral production, timber production, and livestock grazing; (f) Reducing the spread of invasive species is supported; and (g) Using management tools to reduce wildfires is an important objective and an appropriate role for the agency.
Toon meer Toon minder