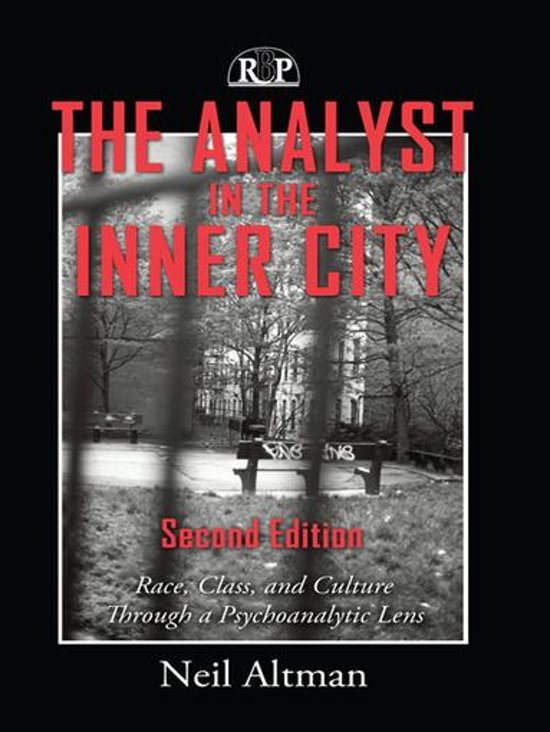 Psychoanalytic theory and technique have rarely addressed clinical work in inner city public clinics, much less the complex social issues revolving around race, culture, and social class that arise in this setting. In The Analyst in the Inner City, Neil Altman undertakes this challenging task. In so doing, he takes psychoanalysis to its margins: to the people excluded by traditional theory and practice, the very people made peripheral by society at large. Just as psychoanalytic treatment seeks to foster personal integration of the psychically marginal, so Altman seeks to identify, explore, and transcend the exclusionary boundaries of traditional psychoanalytic practice.

In an effort to bridge the gap between psychoanalysis and social theory, Altman argues that racial, cultural, and social-class divisions reflect the splits that accompany the consolidation of an individual sense of self. In developing a self image, that is, people construct images of a ''disowned other'' who is made to embody, often unconsciously, those psychic qualities unacceptable to the self. Societal polarization along racial and class lines supports this psychic process by delineating groups with which one identifies either positively or negatively. The opposition between private and public sectors further reinforces this creation of a ''not me'' space in which to project and the find all the unwanted aspects of self.

As Altman examines these interdigitating processes, social theory and clinical theory come together in mutually illuminating ways. In the clinical situation, for example, psychic splitting often emerges at the very time that socioeconomic differences between patient and therapist become a focus of complementary efforts to delineate notions of self and other.

Originele Titel
The Analyst in the Inner City: Race, Class, and Culture Through a Psychoanalytic Lens