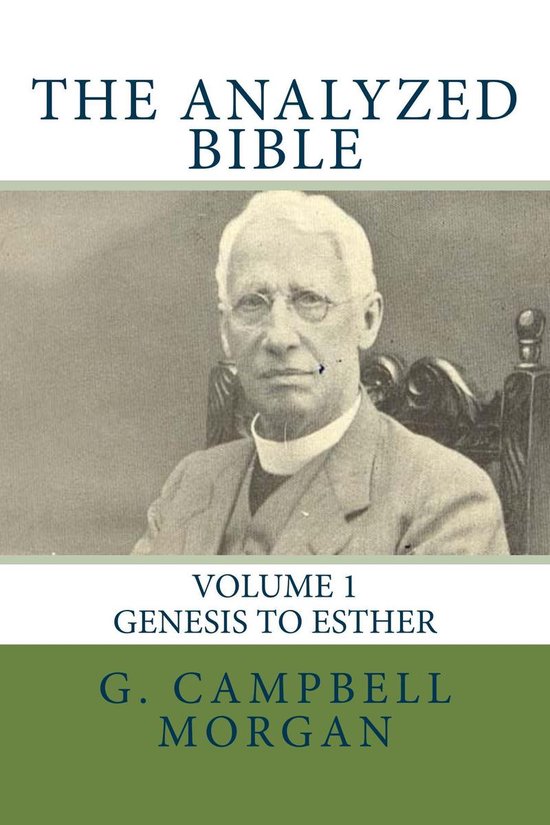 IN every direction people are turning anew to the study of the Bible. There are many ways of prosecuting that study. I am not proposing to enter into any discussion concerning the relative values of these different methods. In these volumes I am adopting one, which is most consistently expressed as being the first, and consists in an endeavour to discover the content and message of the Divine Library. This whole method has different processes, from the telescopic to the microscopic. The telescopic is that of taking in large areas at one view, in order to see the relation of part to part and system to system. The microscopic is that of the minute and careful examination of the smallest parts, the study of words, and all that goes to make for detailed accuracy. Between the two extremes there are many grades. All are in turn valuable, and all may be pursued by the Bible student concurrently. The first and fundamental is the telescopic. It is of the utmost importance in the study of any book in the Divine Library to gain primarily a broad and general idea of the scope and main structure thereof. Until this is done the other methods are not safe, and very much false exposition of individual texts, and of separate sections, is due to the fact that their setting in the whole scheme is not understood. In other words texts should never be studied save in relation to their context.


In the first three volumes of the "Analyzed Bible," the Old and the New Testament are to be passed in general review. The method is to be followed in its simplest process. The subsequent volumes will deal with the books of the Bible more fully, but always in broad outline. The microscopic method is never reached. For that, there are almost innumerable volumes by expert expositors. The present series is not intended to take the place of such, but to serve as an introduction to their use. As the method can hardly be revealed in the volumes themselves, a brief word as to how these results have been reached may be in place. It has been first, that of repeated reading of the books, sometimes as many as fifty times, sometimes of course less, until the general sweep is felt. This has been followed by tabulation, and correction by more careful reading. The issue is an Analysis, or Table of Contents. I do not claim finality for any of these analyses. I simply give the results of my first line of Bible study during the past twenty years. In the microscopic method some of these analyses have been altered, and more exhaustive study might necessitate still further alterations. No student of the Bible can deal with all its books satisfactorily to himself in a lifetime. The treasures are unsearchable; and those who have spent most time and toil in the fascinating work are most conscious of the vast reaches that stretch away beyond them, luring them on to closer examination and profounder investigation.


So much concerning the writer and his methods. Now a word with my readers as to purpose and method.


As to the first, I am profoundly convinced that one of the gravest perils of this hour of increased interest is that of a merely carnal desire for the technical knowledge of the content of Scripture. Unless those who devote themselves to the study of the Word zealously and ceaselessly watch and pray, the very delight of discovering the system will become a paramount motive, and wherever this is so, it results in disastrous failure, and an actual peril to spiritual life. In these volumes I need hardly say the Bible is to be treated as Divine. It is a volume of the Oracles of God. If this be recognized it must at once be admitted that they speak to men with purpose, and not merely for amusement, even on highest lines. The use of the word amusement in this connection may shock some people, and yet I employ it advisedly, for I do not hesitate to say that I know of no recreation more full of mental interest than that of a diligent study of any one of these books. Yet the purpose of the whole library is that of so revealing the will of God to man as to lead him into personal conformity thereto. There is no book without some direct teaching. To discover the teaching as a theory merely, without yielding to it personal and immediate obedience, is to familiarize the mind with truth and so to rob it of its power, to the immeasurable harm of the one who does so.