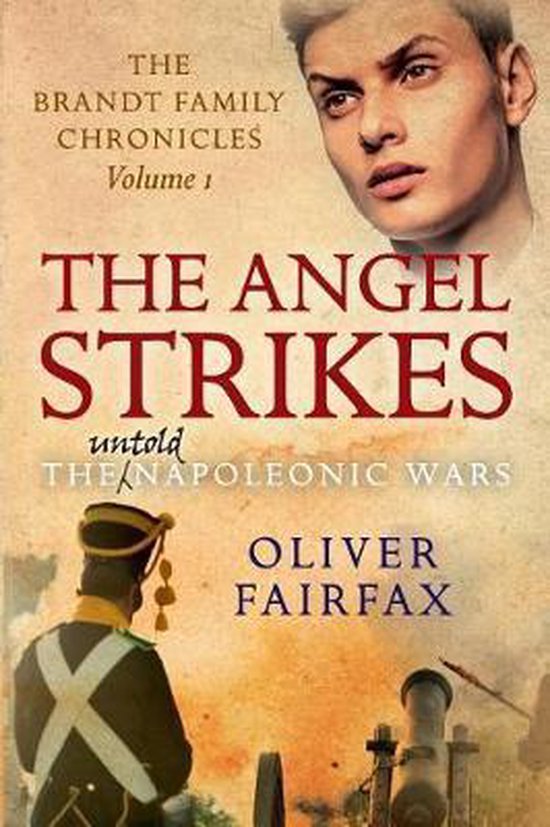 THE ANGEL STRIKES. VOLUME ONE OF THE BRANDT FAMILY CHRONICLES.The Angel Strikes introduces readers to Paul Brandt, as he will become. His life starts in a family of Russian serfs who flee privation, starvation and the most horrific threat of those times. They head west in fear for their very lives. Paul is a magnet for trouble and success, not because he has a face that you dont see on a woman often, but because he has no choice but to strive, to challenge and to succeed. His principal attribute is to seize opportunities others miss, ignore or cannot be bothered with. The privation of the 1800s is no place to linger, but the effort to rise out of it is a vital part of his experience. If youre cold, wet and miserable, its your fault. Paul will lead you, a skill you will watch him develop, into and out of trouble. Doing the right thing does not mean doing the easy thing, and in that choice, men of stature are made. But, coming to the aid of a traveller attacked by bandits can have life-changing consequences, if you see the event unroll as an opportunity. Unforeseen events bring hidden consequences and Paul, his Uncles and their fellow-travellers, a mysterious woman, Rosina and her change Anna, become embroiled in an English plot and must flee again.At the Battle of Jena-Auerstedt you will meet Carl von Clausewitz, Scharnhorst, Gneisenau, von Boyen and Blücher, not as ships, but as men. Men who must bear the responsibility for Prussias defeat, and who swear to avenge it. It is at this battle that The Angel of Jena appears and the legend is born. The mystery surrounding Rosina and Anna deepens as the travellers find sanctuary near Coburg. Napoleons influence spreads over every aspect of life, like fog, while Paul grows to manhood and learns at the feet of, and in the arms of, a range of tutors and on many subjects. His face brings unwelcome attention but nature was never so unfair and solace furthers Pauls learning.While the French Imperial police and Bonapartes own agents are busy spreading the Code Napoleon, the Code that will control everybody and everything, Pauls journey takes him to Berlin. There, Prussian strategists, aware of Napoleons new ambition, plan his destruction. Unfortunately, Paul will be deeply embedded in it, and on the wrong side. Challenges remain in plenty, but they too, are different as his life continues to turn like a cork-screw. ABOUT THE BRANDT FAMILY CHRONICLES. The series, at the time of writing, comprises seven books ranging from the Napoleonic Wars (Vols 1-4), through The Franco-Prussian War (Vols 5,6), to the Cold War (Vol 7). They start at a time when Germany was conceived and develop through its birth to modern times. (1950). The thread is the Brandt Family and their adventures. The environment is German history. History is written by the winner and, from ace to knave, its a pack of lies. These books are not German history. They are a unique view of German history and the stories are told from this deserted and neglected standpoint. This, so-far, unilluminated emphasis discloses both a disguised truth and a hidden one. Germany is not the warmonger it has been painted and as the series develops, readers curiosity may be piqued into checking to see if they agree with the authors conclusions.ABOUT THE AUTHOR. Oliver Fairfax is a nomad. A Scot by birth, he has wandered from England to Hong Kong and back - twice. He has lived in France and now in New Zealand. He worries that a generation is rising who cannot tell the difference between a citizen and a subject. He is concerned about the pervasive growth of regulation that cannot be afforded, cannot be complied with, but that seeks to remove free choice. He worries also about political correctness and the suppression of dissonance being two policies that misinform ordinary peoples decision-making processes. But those irritants aside, lifes great!  and remember, you should never have joined if you cant take a joke.
Toon meer Toon minder