The Annunciation of Jack 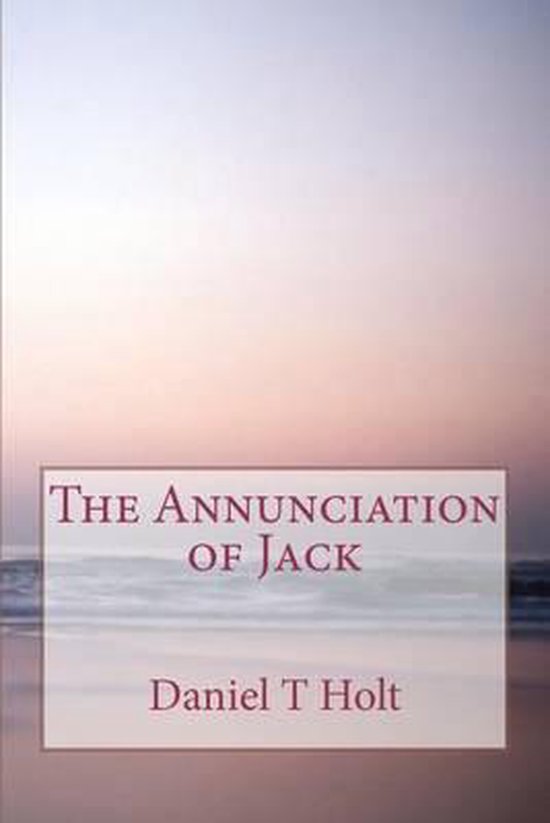 ''Demons are feasting on your father.''

Johnny stood at the threshold looking into the dim beer bar at a hooded man. His father was in the county hospital fighting an aggressive cancer. And now this menacing character proclaims a dire message. What, was he living in the Lord of the Rings? Johnny soon finds that in order to save his father, he must face creatures and beings from mythic realms he thought only existed in stories. But even more challenging, he must find a way to persuade his father to stay and fight when the man he's looked up to all his life has determined it's time to die.

The Annunciation of Jack is a story cycle that presents the interlinked tales of ordinary people in an ordinary Northern California town during the early 1970s. Gerald Blanden, broker for Alhambra Realty, owns a comfortable three bedroom, two bath home atop a hill overlooking the town, with his wife and two children. Violet Philpott is a wide, elderly widow and treasurer for the Nazarene Church, with a garden in the backyard, and irises lining the front picket fence. The Williams family is headed by Jack and Cheryl, owners of the Gondolier Pizza Parlor, and parents of a teenage boy, Johnny, and seven-year old twins. And Carrie Hill, a teenage girl from a divorced family, is Johnny Williams's childhood, and best, friend. The people of Windford live with the tragedies and triumphs we all experience--the destruction of a house through natural disaster, the loss of a spouse to illness, the mental illness of a mother, the flowering of love between young people, the struggle with work, faith, family.

But with our friends from Windford, other mythic realms bubble up from beneath the surface of their ordinary reality. A teenage boy finds solace and escape from his father's illness through the characters of the Lord of the Rings, Clarence the angel in It's a Wonderful Life and the rituals of Christmas. A lonely horseback rider upon a snowy road rescues an accident victim with supernatural power and warmth. A real estate broker discovers his house rubble from the destructive presence of angelic beings, the Marasim--who desperately need his help. An injured cherub helps a grieving woman uncover a reason to live, to save a boy from drowning. A cancer-stricken father is ripped from a hospital bed and flown to Mt. Diablo aboard a black coach, and his son must unearth a way to rescue him. And a wife must track down her husband to stop him from traveling to the High Realms, enlisting the help of a 300-year old monk, the Spider Woman and Wolwoni Indians. Along the way, our friends encounter demons, dark Marasim, evil hags, beautiful and treacherous harpists, a maniacal evangelist, a bear god, the Raurjan, sea serpents, an amphibious 1954 Chevy Bel Air, ghosts upon Angel Island, the Undying Ones, Faerian Drama, mirrors, ancient stories, a wooden bark upon the sea, thuribles, tobacco, ocean and snow, all of which play a part in their struggle to make sense of life, death, love and purpose. Not to mention a little pizza and beer!
Toon meer Toon minder