The Ant, the Grasshopper, the Philosopher & the Slave A novel about the meaning of work & on the direction of the achievement of freedom 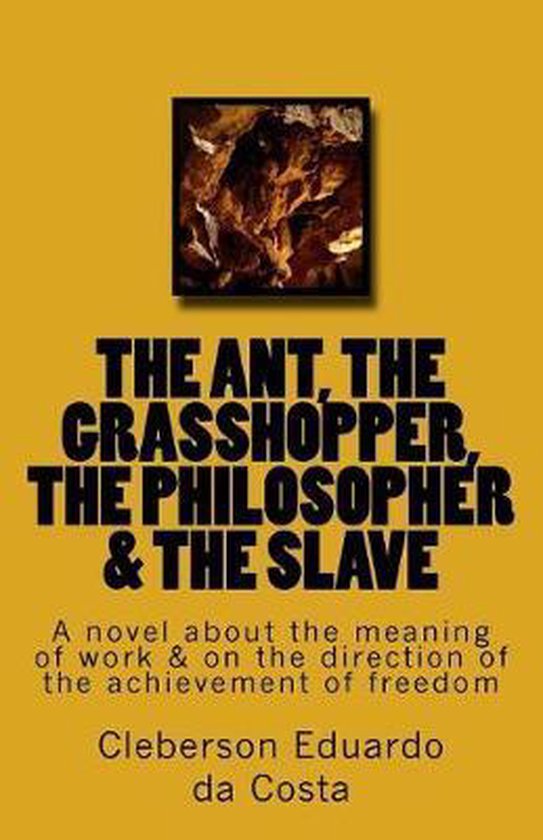 One of the main forms of animalization of man (in western societies contemporary capitalist), have been through their expropriation (take it to the property), to sell its called productive power of labor, generator of wealth, by a very low and/or negligible value, in that labor market. This book, in this way, it will propose a, starting from a historical (romance) on the changes on the meaning of work (in Greek companies old, in the middle ages, modern and contemporary), also demonstrate that, even at the dawn of the 21st century, the different men, in condition of proletarians of capitalist societies western, were and/or are being processed, so self-consented, in virtue of the internalization in their psyches of Individualist values and Meritocracy of capitalism: A- "In wage slaves of capital; B- In irrational beings, through cauterization, in their minds, of two major illusions:1- The first, internalizing the idea that labor, the work said employed, grunt, which has a said boss, is not only the single said valid and/or ethical, but also the said single that really "dignifies man" (and not those also originated from the exercise and/or the human act of thinking , to create, to make art, to invest, etc. ;2- The second, based on the idea that "only working and working very, is that if you're able to leave the condition of poverty and/or social exclusion".In a pedagogical way, we demonstrate that, in practice, these are two big lies told by the owners of capital in order to be able to continue, as they have for centuries, by exploiting the working class, i.e. transforming men into irrational beings, slave labor, aiming to maintain the "status quo" of exclusion on a planetary scale. However, we were not only in critical, i.e. introducing alternatives to overcome this condition of social exclusion, aiming, however, make the deleted and/or slave employed capital post-modern can leave it, but without, in this way, you might want to also become a slave today. In this way, We hope that this work can make us think about the meaning of work in our lives and, also, on the type of human beings that (in spite of being considered as rational beings, homo sapiens) we have, throughout history, in fact, been or achieved be, when placed on the condition of slaves, servants, proletarians and/or "wage slaves of capital". Finally, we hope that this work, which is more a series of "secrets of prosperity", as all the other of the author, can also contribute to the formation of a generation less slave, more fair and equitable , socially speaking and, also, in the same measure, in the same track, more human and more emancipated intellectually.The author.
Toon meer Toon minder