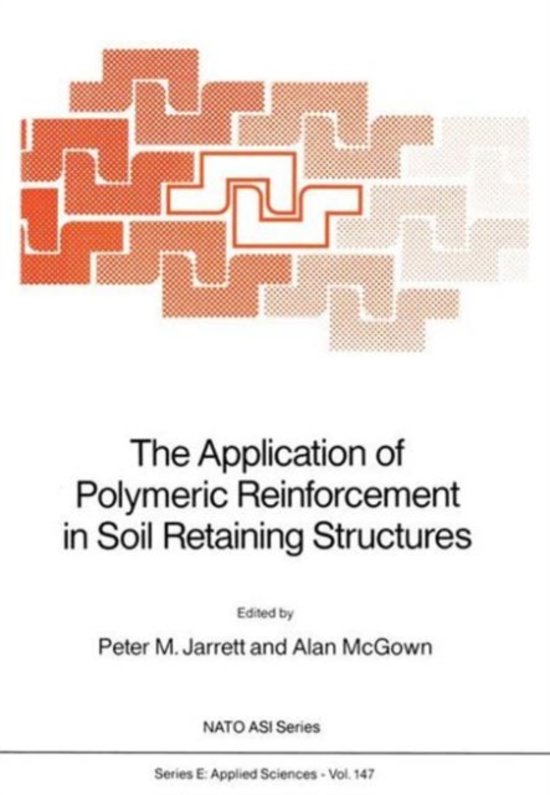 Polymeric materials are being used in earthworks construction with ever increasing frequency. The term Geosynthetics was recently coined to encompass a diverse range of polymeric products designed for geotechnical purposes. One such purpose is the tensile reinforcement of soil . As ten sile reinforcement, polymers have been used in the form of textiles, grids, linear strips and single filaments to reinforce earth structures such as road embankments, steep slopes and vertically faced soil retaining walls. A considerable number of retaining structures have been successfully con structed using the tensile reinforcing properties of geosynthetics as their primary means of stabilization. Despite such successes sufficient uncertainty exists concerning the performance of these new materials, their manner of interaction with the soil and the new design methods needed, that many authorities are still reticent concerning their use in permanent works. This book represents the proceedings of a NATO Advanced Research Workshop on the Application of Polymeric Reinforcement in Soil Retaining Struc tures held at the Royal Military College of Canada in Kingston, Ontario from June 8 to June 12, 1987. The initial concept for the workshop occur red during the ISSMFE Conference in San Francisco in 1985 when a group of geotextile researchers mooted the idea of hoiding a prediction exercise to test analytical and design methods for such structures.
Toon meer Toon minder