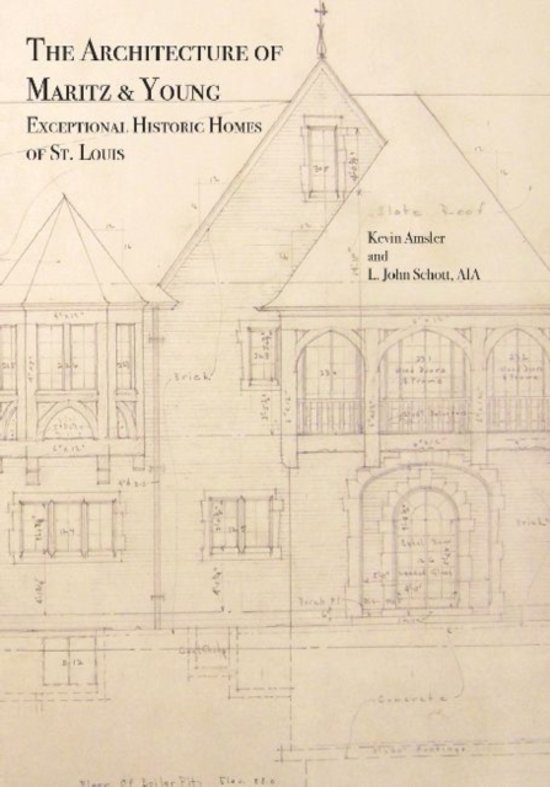 With gracious residential boulevards, soaring cathedrals, and some of this country’s first skyscrapers nestled amid bustling city blocks, St. Louis is home to buildings designed by some of America’s best-known architects, including Cass Gilbert and Louis Sullivan. But no single architectural firm has shaped the style of the city known as the Gateway to the West more than Maritz & Young.

Starting at the beginning of the twentieth century, Raymond E. Maritz and W. Ridgely Young built more than a hundred homes in the most affluent neighborhoods of St. Louis County, counting among their clientele a who’s who of the city’s most prominent citizens. The Architecture of Maritz & Young is the most complete collection of their work, featuring more than two hundred photographs, architectural drawings, and original floor plans of homes built in a variety of styles, from Spanish Eclectic to Tudor Revival. Alongside these historic images, Kevin Amsler and L. John Schott have provided descriptions of each residence detailing the original owners. Lovingly compiled from a multitude of historical sources and rare books, this is the definitive history of the domestic architecture that still defines St. Louis.
Toon meer Toon minder