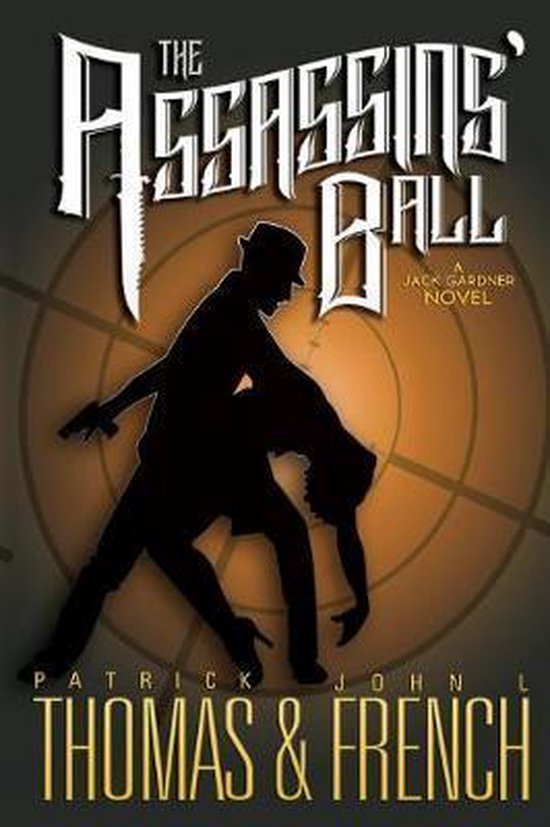 
"When it comes to murder at a convention of killers, everyone is a suspect."
Husband and wife private investigators Jack and Annie Gardner are very good at their jobs. He's a one-handed demolitions expert and bomb disposal specialist. She's a former circus performer and a crack shot. Together they run Gardner Investigations.
Joseph Mozzano is the former head of the Baltimore mob. When his grandson is murdered at a secret annual assassins' convention being held in Baltimore on the QT there is little he can do. He can't go to the cops and the man who runs the convention is too powerful for even his organization to take on. So he goes to the only one who can help--Jack Gardner, the man who years ago put him away.
Jack and Annie reluctantly agree to go undercover among the professional murderers using his skills with explosives and hers with guns to pose as killers. It may be the toughest case of their careers.
"Death is but a dance away at THE ASSASSINS' BALL"
""The Assassins' Ball" is a delightful tongue-in-cheek romp reminiscent of a modern-day Thin Man adventure. Jack and Annie Gardner are the new 'first couple' of mystery and suspense." --Michael A. Black, author of "Chimes at Midnight" and the "Executioner" series.
Praise for previous books by Patrick Thomas & John L. French
""Bullets and Brimstone" by Patrick Thomas & John L. French is a very entertaining paranormal mystery that showcases the writing prowess of both authors to their utmost... it is packed with enough page-turning suspense and LOL humorous writing to make it well worth buying and adding to your reading list." --Douglas R. Cobb, Bestsellersworld.com
""From the Shadows.".. the writing is top notch, the plots exciting, and the characters are fun. This is the best new pulp I've read in years, and hope the authors return with these characters in more adventures." --Tom Johnson, Pulp Den
""Tales from the Pulpside" delivers what it promises and then some. Guaranteed to entertain any true pulp fan and hopefully help recruit many new ones along the way. We would truly love to see more like this." --Ron Fortier, Pulp Fiction Reviews
PATRICK THOMAS is the author of over thirty books including the "Murphy's Lore" fantasy humor series, "Startenders," the "Dear Cthulhu" advice columns and books and a host of paranormal mysteries that include "Fairy Rides the Lightning," "Dead to Rites," "Lore & Dysorder" and the "Mystic Investigators" series including "Once More Upon A Time." His books have been spotted on the "CSI" television show and his "Fairy with a Gun" was optioned for film and TV by Laurence Fishburne's Cinema Gypsy Productions. Patrick's website is www.patthomas.net.
JOHN L. FRENCH has worked for over thirty years as a crime scene investigator and has seen more than his share of murders, shootings and serious assaults. As a break from the realities of his job, he writes science fiction, pulp, horror, fantasy, and, of course, crime fiction. His books include "The Devil of Harbor City," "Past Sins," "Souls on Fire," "Here There Be Monsters" and "Paradise Denied." John is the editor of "Bad Cop, No Donut," "Mermaids 13: Tales of the Sea," and "To Hell in a Fast Car: On the Road to Death and Disaster."
"The Assassins' Ball" is John and Patrick's fourth book together. The others are the pulp era book "From the Shadows" and the paranormal mysteries "Rites of Passage" and "Bullets & Brimstone."
Toon meer Toon minder