The Autumn of My Time 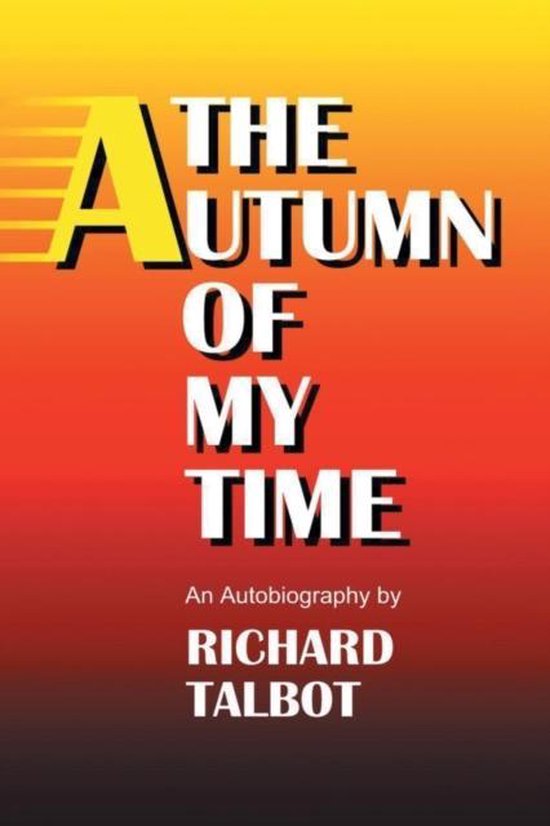 The Autumn of My Time is an autobiography of my life and my family. The narrative sweeps across a century and a half of Americana, and documents the trials and tribulations of a growing American family through the days of the Civil War, World Wars I and II, The Korean War and the Vietnam conflict. It tells the story of gentler times, when families lived and worked in adjoining towns. Cousins actually knew each other and went to the same school and played together on weekends. When radio was in its infancy, automobiles had rumble-seats, TV was a fantasy and neighbors knew and helped each other. It spans the gap from World War I through Hitlers invasion of Poland, and Japans cowardly attack on Pearl Harbor at the start of World War II, and the dropping of the atomic bombs on Nagasaki and Hiroshima. My story goes on to describe how I received a direct commission and became an officer pilot. How I nearly flew for Air America in the Far East, flew in Iceland and in Alaska and then joined the First Cavalry Division to serve two tours of combat in Vietnam. I tell you how I received a college degree in only one year just before I left the service for retirement and a new life as a civilian. My narrative tells you how I became a professional racquetball player and a racquetball club owner, won nine national racquetball championships, was the general manager of three retirement and recreational communities, raised a family, wrote two books and now in here in The Autumn of My Time, document for you the story of my life.