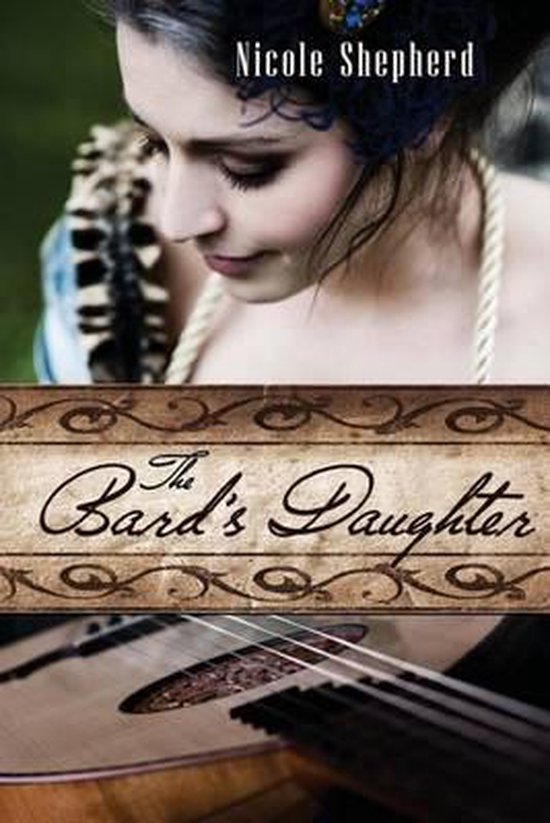 Alexandria Findahl's father was her hero. He was a famous Bard, known throughout Adelay for his catchy tunes and haunting ballads and she wanted to follow in his footsteps. She started her training with him at the age of five and was determined to become as good, maybe even better, than he was. She was not interested in love, the domestic duties of being a wife and a mother bored her. She thought her mother weak and unfulfilled and vowed to never let a man weaken her or stop her from pursuing her dreams. However, when she was a teenager she was tempted briefly with the one man who ever interested her, Daniel Thacher. They shared one embrace that awakened passion inside of her that she had only heard about. She thought that he felt the same but when he did not pursue the relationship she hardened her resolve and continued on with her dream. Set to take on the country with her talents, she completes her training and is about to embark on her first journey into her new profession when she discovers that her father has gone missing. He has been leading a secret life all this time as a member of a secret society tasked with protecting the King and the citizens of Adelay and now his enemies have abducted him. Alexandria has no idea where to even start looking for him or how to save him. Daniel Thacher comes back into her life, telling her that he also belongs to this secret society and will help her save her father. She accepts his help, warily, and along with her two new best friends, the group sets out into the country determined to save her father. Alexandria thought she was over Daniel but with each passing day her infatuation grows, tempting her with passion that she has only had a taste of and that she finds she wants to sample again.Daniel Thacher, is a wizard and known all over the country for his acts of kindness and bravery. His family is well known for their power and they have long held a friendship with Gregor Findahl and his family. Daniel found Alexandria very attractive when he was younger and even once indulged in a kiss with her that set him afire; however, he was engaged at the time and felt terrible for betraying he woman he had promised to marry. Years later, he has joined the same secret society her father is a member of and is no longer promised to anyone. When Gregor goes missing he seeks out Alexandria's help with an ulterior motive in mind. He has never been able to get her off his mind and he is hoping that she feels the same way. Will he be able to make her remember the passion they both felt when they kissed that day? Can he complete their mission and save his dear friend with her help or will his feelings for Alexandria cloud his judgement and cause death to come seeking them all?
Toon meer Toon minder