The Bartender's Guide How to Mix Drinks or the Bon Vivant's Companion: 1862 Edition 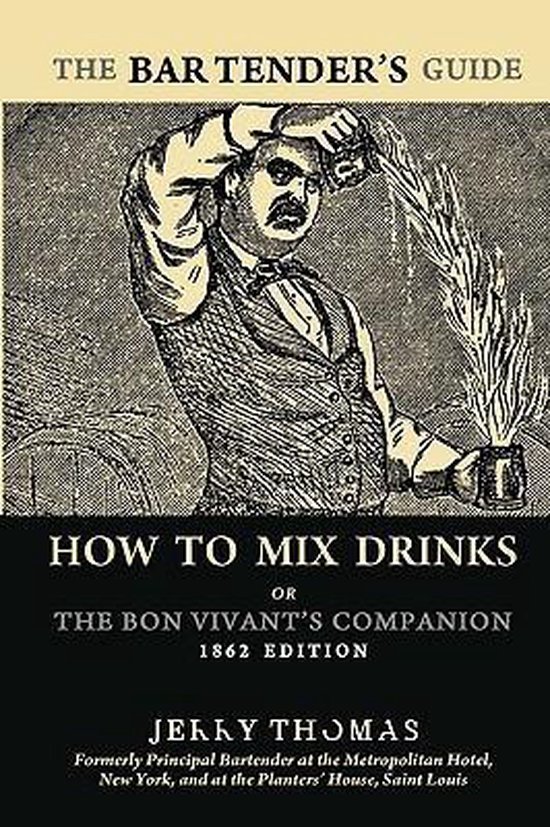 This is the most complete first edition with 258 pages, in a good-to-read 6x9" format It is the complete reprint of the very first 1862 edition of Jerry Thomas' Bartenders Guide " How To Mix Drinks or A Bon Vivant's Companion ." This drink recipe book is probably the most famous bartenders' and cocktail book of all times, and it was the first real cocktail book ever published in the United States. This is a nostalgic and delicious homage to a drinking era that is gone but not forgotten. * In 1862 Thomas finished the Bartender's Guide (alternately titled How to Mix Drinks or The Bon-Vivant's Companion), the first cocktail book ever published in the United States. The book collects and codifies what was then an oral tradition of recipes from the early days of cocktails, including some of his own creations; the guide lays down the principles for formulating mixed drinks of all categories. This first edition of the guide include the first written recipes of such cocktails as the DAISY, the MINT JULEP. the FIZZ, the FLIP, Sour and many many more. Among other famous drinks are the BLUE BLAZER, the EYE-OPENER, the LOCOMOTIVE, the PICK-ME-UP, the CORPSE-REVIVER, and CHAIN-LIGHTNING.
Toon meer Toon minder