The Bases of Design 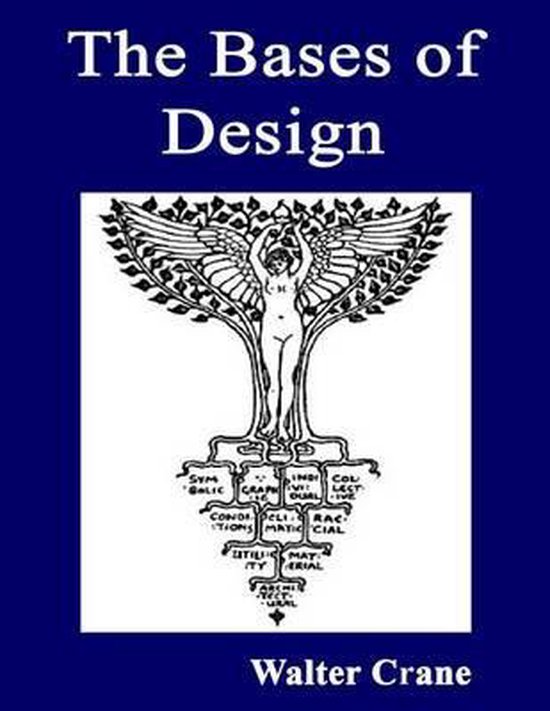 PREFACE''The substance of the following chapters originally formed a series of lectures addressed to the students of the Manchester Municipal School of Art during my tenure of the directorship of Design at that institution.The field covered is an extensive one, and I am conscious that many branches of my subject are only touched, whilst others are treated in a very elementary manner. Every chapter, indeed, might be expanded into a volume, under such far-reaching headings, to give to each section anything like adequate treatment.My main object, however, has been to trace the vital veins and nerves of relationship in the arts of design, which, like the sap from the central stem, springing from connected and collective roots, out of a common ground, sustain and unite in one organic whole the living tree. In an age when, owing to the action of certain economic causesthe chiefest being commercial competitionthe tendency is to specialize each branch of design, which thus becomes isolated from the rest, I feel it is most important to keep in mind the real fundamental connection and essential unity of art: and though we may, as students and artists, in practice be intent upon gathering the fruit from the particular branch we desire to make our own, we should never be insensible to its relation to other branches, its dependence upon the main stem and the source of its life at the root. Otherwise we are, I think, in danger of becoming mechanical in our work, or too narrowly technical, while, as a collective result of such narrowness of view, the art of the age, to which each individual contributes, shows a want of both imaginative harmony and technical relation with itself, when unity of effect and purpose is particularly essential, as in the design and decoration of both public and private buildings, not to speak of the larger significance of art as the most permanent record of the life and ideals of a people.My illustrations are drawn from many sources, and consist of a large proportion of those originally used for the lectures, only that instead of the rough charcoal sketches done at the time, careful pen drawings have been made of many of the subjects in addition to the photographs and other authorities.It may be noted that I have freely used both line and tone blocks in the text and throughout the book, although I advocate the use of line drawings only with type in books wherein completeness of organic ornamental character is the object. Such a book as this, however, being rather in the nature of a tool or auxiliary to a designer's workshop, can hardly be regarded from that point of view. The scheme of the work, which necessitates the gathering together of so many and varied illustrations as diverse in scale, subject, and treatment as the historic periods which they represent, would itself preclude a consistent decorative treatment, and it has been found necessary to reproduce many of the illustrations from their original form in large scale drawings on brown ix paper touched with white, as well as from photographs which necessarily print as tone-blocks.I have to thank Mr. Gleeson White for his valuable help in many ways, as well as in obtaining permission from various owners of copyright to use photographs and other illustrations, and also the publishers, who have allowed me the use of blocks in some instancesMr. George Allen for a page from ''The Faerie Queene''; Messrs. Bradbury, Agnew and Co. for the use of the ''Punch'' drawings; and Messrs. J. S. Virtue and Co. for the use of photographs of carpet weaving and glass blowing, which were specially taken for ''The Art Journal.'' My thanks are also due to Mr. Metford Warner (Messrs. Jeffrey and Co.) for the use of his photo-lithographs of my wall-paper designs issued by his firm; to Mr. R. Phene Spiers for the use of his sketch of the iron balustrade from Rothenburg; to Mr. T. J. Cobden-Sanderson for photographs of two of his recent bookbindings...''
Toon meer Toon minder