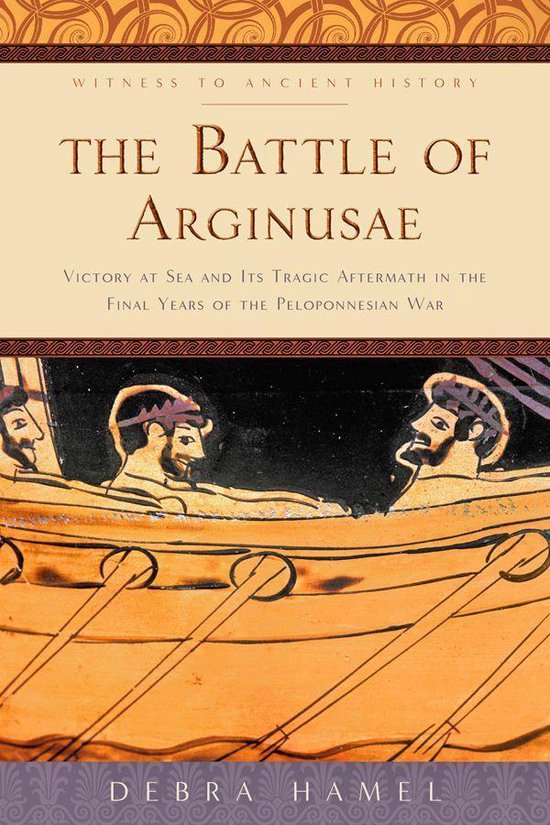 A pivotal skirmish involving nearly three hundred Athenian and Spartan ships toward the end of the Peloponnesian War, the Battle of Arginusae was at the time the largest naval battle ever fought between warring Greeks. It was a crucial win for the Athenians, since losing the battle would have led to their total defeat by Sparta and, perhaps, the slaughter and enslavement of their entire population. Paradoxically, the win at Arginusae resulted in one of the worst disasters to befall the Athenians during the brutal twenty-seven-year war.

Due to a combination of factors—incompetent leadership, the weariness of the sailors, a sudden storm—the commanders on the scene failed to rescue the crews of twenty-five Athenian ships that had been disabled during the battle. Thousands of men, many of them injured, were left clinging to the wreckage of their ships awaiting help that never came. When the Athenians back home heard what had happened, they deposed the eight generals who had been in command during the battle. Two of these leaders went into exile; the six who returned to Athens were tried and eventually executed.

The Battle of Arginusae describes the violent battle and its horrible aftermath. Debra Hamel introduces readers to Athens and Sparta, the two thriving superpowers of the fifth century B.C. She provides a summary of the events that caused the long war and discusses the tactical intricacies of Greek naval warfare. Recreating the claustrophobic, unhygienic conditions in which the ships' crews operated, Hamel unfolds the process that turned this naval victory into one of the most infamous chapters in the city-state's history. Aimed at classics students and general readers, the book also provides an in-depth examination of the fraught relationship between Athens' military commanders and its vaunted sovereign democracy.