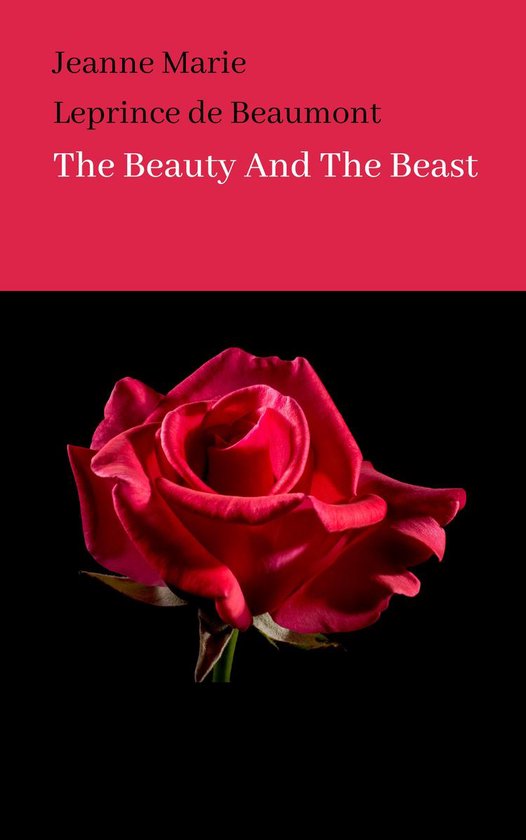 A rich merchant lives happily with his children, three boys and three girls, until he finds himself ruined. His proud eldest daughters had not wanted to marry because they could not find a husband who was glorious enough in their eyes. Once they were poor, no one wanted to marry them. As for the younger one, Belle, who was as beautiful as she was virtuous, she preferred to stay with her father.

The family left to live in the country and work the land.

One day, the father has the opportunity to make his fortune again and goes on a trip to buy goods, but he doesn't meet with the expected success.

On the way back, he is surprised by the snow and cold and finds refuge in a palace. He does not meet any inhabitants there, but he finds oats for his horse, food, wine and a good bed for him.

Before leaving, he picks a rose for Belle who had asked him to bring one back for her. Then a horrible beast appears and reproaches her for her ingratitude. The Beast wants to punish him by death, but learning that he has daughters, he proposes that one of his daughters voluntarily take his place. Before letting him leave, he authorizes her to take as much gold as he wants.

The father, who doesn't want to sacrifice his daughters, wants to kiss them one last time and leave them something to live on. So he leaves with a chest full of gold coins.

Back home, he tells the story of his adventure and Beauty immediately decides to go to the palace to take her father's place with the Beast. As she is obstinate, the father is forced to accept.

In the palace, the Beast falls under the spell of Beauty because she is good and generous. He offers her everything that can make her happy, and she sees that he is good despite his ugliness.

The Beast asks her to marry him and Beauty refuses. But she becomes deeply attached to him.

Every night, in a mirror, she sees her father's house and asks about her family. Her sisters have married and her brothers have gone to the army. Her father was left alone, and one day she sees that he is sick. She asks the Beast to let her go and visit him and swears that she will come back. She promises to stay away for only a week. The Beast gives her a ring that allows her to travel in an instant.

Her father is very happy to see her again.

But when her sisters come to see her, they are suffocated by jealousy. They decide to keep Belle for more than a week so that she can lose the Beast's favours. Belle agrees to stay longer to please her sisters, but she misses the Beast and suffers at the thought of making her sad. So she comes back on the tenth day.

At the palace, she cannot find the Beast. She looks for it everywhere. Finally, she finds it lying on the ground, inanimate. Beauty brings him back to life and promises to marry him.

Immediately, the Beast turns into a magnificent prince. A fairy had locked him up in this horrible appearance and condemned him to remain there until a young girl agreed to marry him.

The fairy gives the prince back his crown and accepts that Beauty becomes queen. She condemns her two sisters to become statues at the gates of the palace while keeping their consciences intact until they acknowledge their mistake.

Each version of a book from the « BilingualBookstore.com » is in ".epub" format.

On the « BilingualBookstore.com », each sentence of each version is numbered.