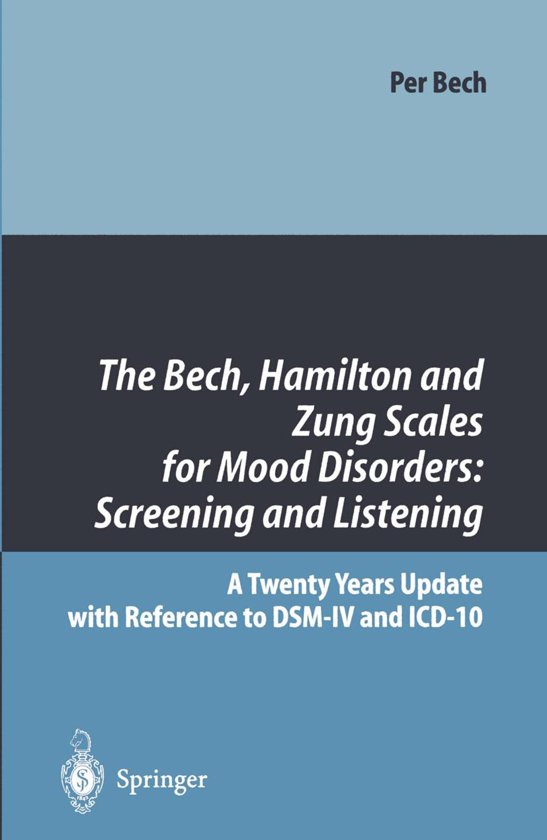 The Hamilton Depression Scale (HAM-D [1]) is the scale most frequently used to measure the outcome of the acute treatment of depression. In this short­ term treatment period the scale is more sensitive to reflecting changes in the depressive states than self-rating scales [2]. In a series of clinical trials with the HAM-D and global ratings in the late 1950's and the early 1960's it was found [3 - 5] that electroconvulsive therapy ECT was superior to imipramine in se­ verely depressed inpatients (more than major depression), but that imipramine was superior to phenelzine in moderately depressed inpatients (major depres­ sion). The impact of HAM-D on clinical psychiatry has been to promote the de­ velopment of the syndrome approach to mental disorders, implying that no single symptom can be considered essential or necessary. The syndrome set of symptoms is considered sufficient if the items covary in a systematic way. Hamilton used factor analysis to test clinical syndromes [1]. The clinically most appropriate index of depression for studying the validi­ ty of a scale is a global clinical assessment performed by an experienced psy­ chiatrist. The first study in this respect was the Danish study by Bech et al.
Toon meer Toon minder