The Blood Tears of Jesus 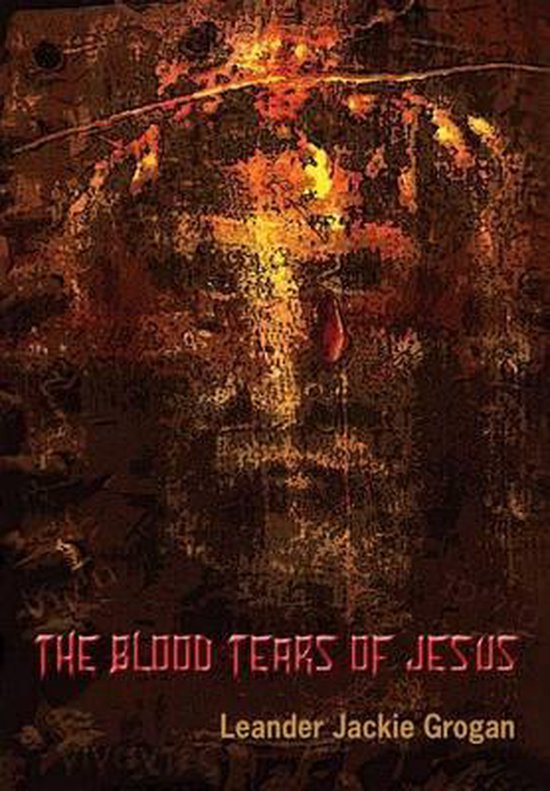 God can go anywhere. But sending an old Bible Belt Baptist preacher into the voodoo heartland of Africa to fight an incurable killer virus and a Nephilim jungle giant with 12 fingers, two rows of teeth and a penchant for breaking necks ... Now that's a totally different story.

In Grogan's second book of the "God's Mysterious Tower' series [Exorcism At Midnight is the first], Pastor Rodney Coleman is back, called out of his comfortable, family-loving, churchgoing lifestyle by the Catholic Church. The Archbishop of Canterbury is convinced an ancient apocalyptic Scripture found in the secret catacombs beneath the Vatican identifies Pastor Coleman as God's chosen emissary, designated to save the earth from destruction. Hearing only bits and pieces of the plan, its monumental odds for failure and the indestructible foes of darkness against whom he must clash, Pastor Coleman thinks a much better idea would be to go knocking on Bishop T.D. Jakes' door.

The dismal advice he receives from the Chief Liaison to the Central Intelligence Agency's world health unit, only reinforces his reluctant status as the Church's Miracle Man.. She tells him to update his will, get to know his local undertaker and stare incessantly at his family. Chances are, he won't ever see them again.

The masterful incision of entangled subplots and unpredictable foes reaches all the back to pre-flood years when giants, dwarfs and animal-human hybrids walked the earth, and is relentlessly showcased during Pastor Coleman's torturous journey through the savage African jungle. The hungry bellies of the dark compete for a taste of his undefiled American flesh. The voodoo priests would like to cut off his toes for a juju session with their gods.

Catholic Christians will find an intriguing, in-depth perspective on the Church's Secret Shadow groups such as the Illuminati Order, Ancient Order of Hibernians and Opus De, as well as their enigmatic connection to the United States government. Also embedded in the jungle mayhem are tragic reminders of how dangerous Catholic missionary work really is. Between the crocodiles and snakes and murderous African rebel groups roaming from village to village, missionary life can be viewed as the ultimate example of self-sacrifice in the Kingdom of God.

The virus is 100% fatal. There is not cure. The helpless hoards of stricken villagers wear the face of death long before they're zipped into the darkness of their body bags and hauled off to a mass grave of fire:

-- ''In the background, a funeral procession with a small crowd of mourners and wooden caskets made its way to a distant burial ground. With flowing tears and mouths painfully wide, old women wrapped in checkered black cloths, filled the camera lenses with the rawness of the hour.
There was an unmistakable sadness tormenting their shattered faces, a pitiful state of being that leaped off the big screen and into my bleeding heart. It was as though they were caught in a freeze frame of extinction, waiting their turn as the jagged edges of life sickled them down like unwanted weeds and left them to rot in the noonday sun.'' --

Although most Christians will find the book spiritually inspiring, in the final analysis, The Blood Tears of Jesus is a provocative spiritual gut check, a measurement of each Christian's own personal acceptance or rejection of uncomfortable truths. For preacher and teachers, the book will be an extraordinary treasure trove of enlightened thought, delving into the forbidden fruit of the antediluvian period of fallen angels, insufferable giants (including the ones that Moses'spies saw and young David killed) and the spread of idolatry absorbed and cleverly disguised in the one-world government advocacy we know it today.

Christians, especially pastors and preachers, should relish the journey, knowing once they've read the book, they will never be the same.
Toon meer Toon minder