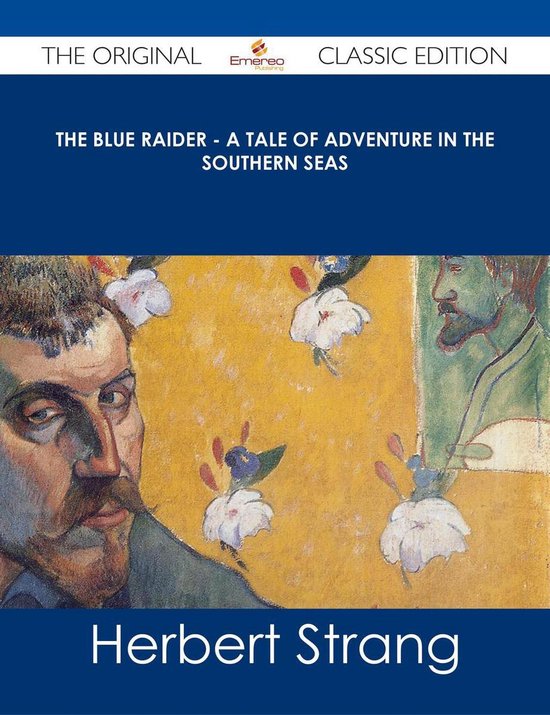 Finally available, a high quality book of the original classic edition of The Blue Raider - A Tale of Adventure in the Southern Seas. It was previously published by other bona fide publishers, and is now, after many years, back in print.


This is a new and freshly published edition of this culturally important work by Herbert Strang, which is now, at last, again available to you.


Get the PDF and EPUB NOW as well. Included in your purchase you have The Blue Raider - A Tale of Adventure in the Southern Seas in EPUB AND PDF format to read on any tablet, eReader, desktop, laptop or smartphone simultaneous - Get it NOW.


Enjoy this classic work today. These selected paragraphs distill the contents and give you a quick look inside The Blue Raider - A Tale of Adventure in the Southern Seas:


Look inside the book:


Well, as I was saying, I set to droring a portrait of the ugliest mug among 'em--fuzzy hair, nose bones and all--they a-watching me all the time with bated breath; and when I 'd put in the finishing stroke, blest if every man Jack of 'em didn't begin to quarrel about whose photo it was. ...'Well, sir, as we come along, Meek and me was saying a few things about the Dutchman's trousers, and seeing as they 'd no mark of being in sea-water, it come into my head that he didn't get ashore swimming. ...I don't mind saying 'twas my idea, 'cos Ephraim ain't quite hisself yet arter that night on the ledge, only he 's got such a spirit that nothing would 'a kept him out of it if so be he didn't believe he was more useful otherways, and he believes that now, though I won't answer for how long it will last.'


About Herbert Strang, the Author: