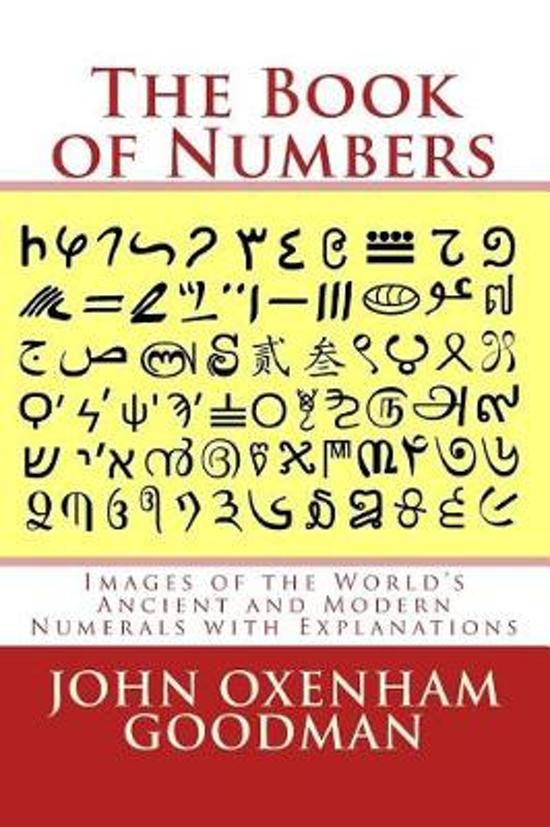 This book displays large images of numerals used in all of the world’s major numbering systems from antiquity to the present. Numbers 1 to 20 are displayed in almost all of these numbering systems, and the tens, hundreds, thousands and beyond are displayed where place value systems with zero are not used. These images are greatly enlarged so that those newly encountering them can appreciate and remember them more easily. Numbers are very important in almost every branch of learning. They are the basic essentials of trade and commerce as well as architecture, building and construction. Then there are the fields of mathematics and astronomy as well as almost every other branch of learning. The book begins with the numbering systems of the ancient Inca and Maya and then progresses to the numerals etched on oracle bones in China 3,400 years ago. The Chinese use of zero and negative numbers in rod numerals is also covered. Following this are the Babylonian cuneiform numbers and Egyptian hieroglyphic and hieratic numbers. Then the first European numbering system from Minoan Crete is followed by Phoenician, Attic and Etruscan numerals. Roman numerals and Ionian Greek alphabetic numerals are presented with an explanation of how they had their origin in the Phoenician alphabet. Then we move on to the partly Greek-derived numerals used by the Ethiopians who speak the Semitic Amharic language. The alphabetic Hebrew numerals of Greek inspiration are followed by the Arabic abjad numerals which assign numbers to the letters of the Arabic alphabet. Armenian and Georgian numbers are also displayed and then the Kharosthi numerals of Afghanistan and India. Emphasis is then placed on the Brahmi numerals of 4th century BC India which gave rise to all of the numbering systems of modern India and Southeast Asia as well as Tibet and Mongolia and even Europe. The Indian development of the concept of zero and a place value system is also covered in detail. Dozens of images are shown of numbers in the Devanagari, Gujarati, Punjabi, Bengali, Odiya, Telugu, Kannada, Tamil and Malayalam scripts. Then the stylistic but obsolete Sinhala numerals of Sri Lanka are followed by the Javanese, Burmese, Khmer, Thai and Lao numerals. Finally the Eastern Arabic numerals used in modern Arabic speaking countries appear with Persian variants. Next are the medieval European variants of Western Arabic numbers, including those from the Codex Vigilanus of the year 976 and numerals from 11th century France. The numerals of Bernelinus, a pupil of Pope Sylvester II, are followed by the 12th century numerals of Gerlandus of Besancon and the 13th century numerals of the English scholar Roger Bacon.
Toon meer Toon minder