The Book of Rahman Baba 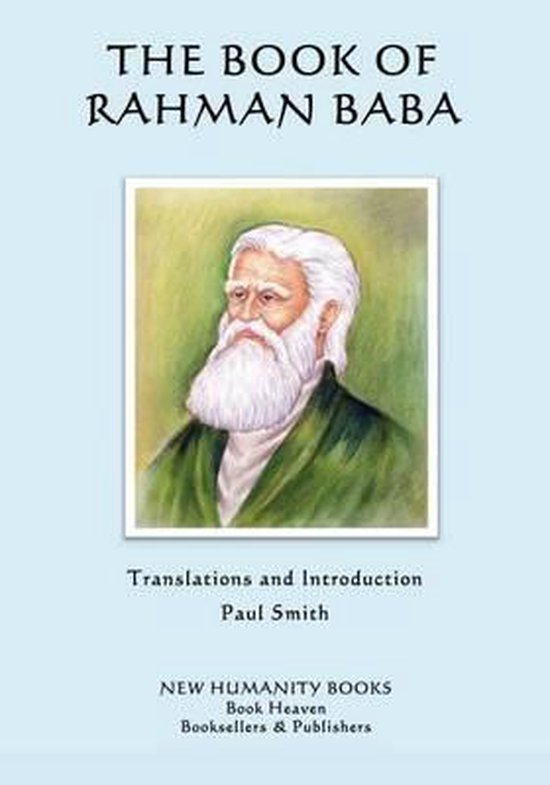 THE BOOK OF RAHMAN BABATranslation & Introduction Paul SmithRahman Baba (1652 to 1711) is considered the greatest Sufi Pashtun poets to compose poems, mainly ghazals, in the Pashtu language. Born in Mohmand region of Afghanistan near Peshawar he was called ‘The Nightingale of Peshawar’. This was a time of struggle and hardship and in the midst of the turmoil he was an excellent student with a natural gift for poetry. He eventually questioned the value of such pursuits and withdrew from the world, dedicating himself to prayer and devotion. In solitary worship he began to write again and his poetry spread. Religious figures used it to inspire the devout, political leaders to inspire the independence movement. His Divan is 343 poems… ghazals and a few qasidas and mukhammas. Introduction is on his Life & Times & Poetry and the Forms in which he wrote and on Sufism & Poetry. Appendix on his Life, Poetry and Achievements.The correct rhyme-structure is kept as well as the meaning of these beautiful, enlightened poems. Large Format Paperback 7” x 10” 186 pages.COMMENTS ON PAUL SMITH’S TRANSLATION OF HAFIZ’S ‘DIVAN’.“It is not a joke... the English version of ALL the ghazals of Hafiz is a great feat and of paramount importance. I am astonished.” Dr. Mir Mohammad Taghavi (Dr. of Literature) Tehran.“Superb translations. 99% Hafiz 1% Paul Smith.” Ali Akbar Shapurzman, translator of many works in English into Persian and knower of Hafiz’s Divan off by heart.“I was very impressed with the beauty of these books.” Dr. R.K. Barz. Faculty of Asian Studies, Australian National University.“Smith has probably put together the greatest collection of literary facts and history concerning Hafiz.” Daniel Ladinsky (Penguin Books author). Paul Smith is a poet, author and translator of many books of Sufi poets of the Persian, Arabic, Urdu, Turkish, Pashtu and other languages… including Hafiz, Sadi, Nizami, Rumi, ‘Attar, Sana’i, Jahan Khatun, Obeyd Zakani, Nesimi, Kabir, Anvari, Ansari, Jami, Khayyam, Rudaki, Yunus Emre, Iqbal and many others, as well as his own poetry, fiction, plays, biographies, children’s books and screenplays.www.newhumanitybooks.com
Toon meer Toon minder