The Book Of Whispers 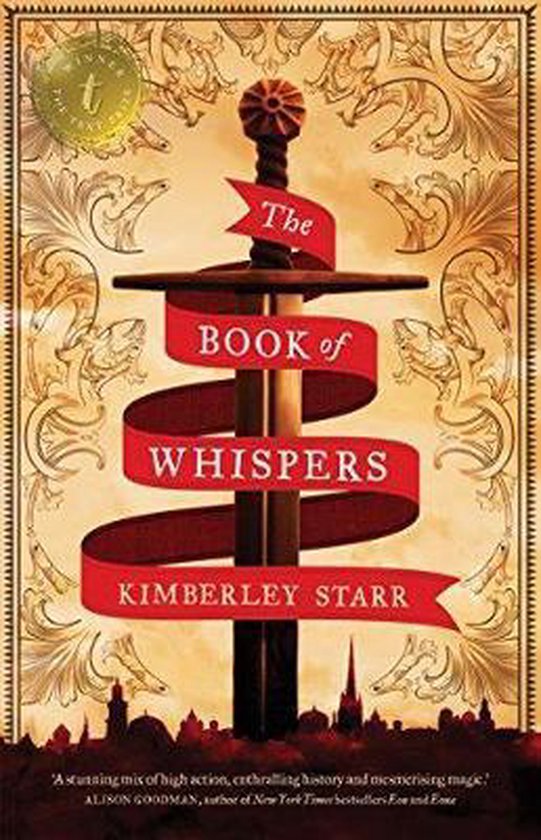 Tuscany, 1096 AD. Luca, young heir to the title of Conte de Falconi, sees demons. Since no one else can see them, Luca must keep quiet about what he sees, or risk another exorcism by the nefarious priest Ramberti.


Luca also has dreams—dreams that sometimes predict the future. Night after night Luca sees his father murdered, and vows to stop it coming true. Even if he has to go against his father's wishes and follow him on the great pilgrimage to capture the Holy Lands.


Far away in Cappadocia, Suzan has dreams too. Consigned with her mute mother to a life in an underground convent, she has a vision of a brown-haired boy riding through the desert. A boy with an ancient book that holds some inscrutable power. A boy who will take her on an adventure that will lead to places beyond both their understanding.


Together, Luca and Suzan will realise their true quest: to defeat the forces of man and demon that wish to destroy the world.


Kimberley Starr is a teacher and author based in Melbourne. Her debut novel, The Kingdom Where Nobody Dies, won the 2003 Queensland Premier's Literary Award for Best Emerging Author. She has a degree in mediaeval literature, and travelled through Turkey and Israel to research The Book of Whispers.


"The Book of Whispers combines history, fantasy, romance and the brutality of the Middle Ages in a satisfyingly epic novel.' Books+Publishing


"The Book of Whispers is fast paced and bloody in parts, not shying away from the brutality of the period and the atrocities committed during the Crusades; but it also shrewdly challenges the reader to think about religion, extremism and tolerance—particularly in relation to a region where those topics have particular significance.' Lamont Books


"One of my favourites of this year.' Tea in the Treetops


"This fast paced and well developed story has a little bit of everything to provide you with an interesting foray into a historical journey through time. Grief, love, chaos, adventure, magic, and the Christian crusades into Jerusalem all melded together into a beguiling and beautiful novel.' Artistic Bent


"The Book of Whispers embraces its fantastical aspects without sacrificing the concrete, and offers an introspective glance into human nature.' Foreword Reviews


"An epic novel that merges history, make-believe, romance and the harshness of the Middle Ages.' PS News