The Boy in 7 Billion A true story of love, courage and hope 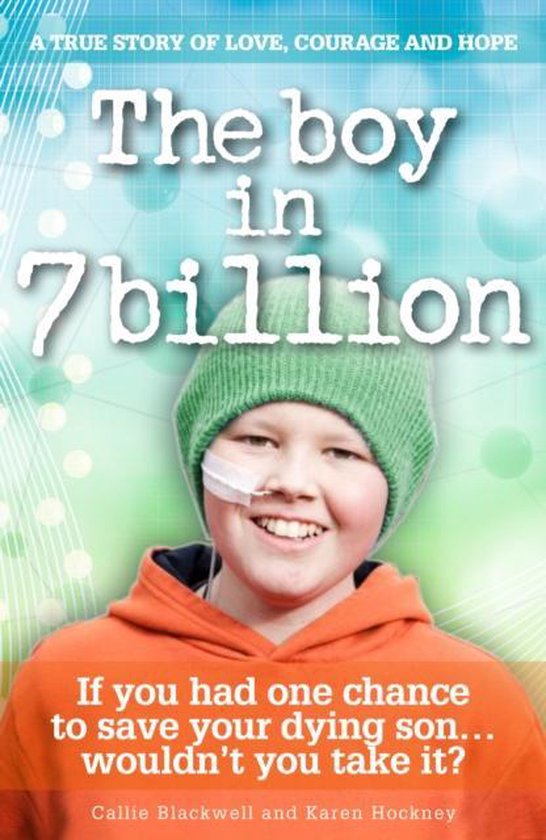 Deryn Blackwell is a walking, talking miracle. At the age of 10, he was diagnosed with Leukaemia. Then, 18 months later, he developed another rare form of cancer called Langerhan's cell sarcoma. Only five other people in the world have it. He is the youngest of them all, and the only person in the world known to be fighting it alongside another cancer... ...making him one in seven billion. He and his parents were told that there was no hope of survival. And so, at the age of 14, after four years of intensive treatment, exhausted by the fight and with just days to live, Deryn planned his own funeral. But on the point of death, Deryn's condition suddenly and dramatically changed. His medical team had deemed this an impossibility. His recovery was nothing short of a miracle. Unexplainable. However, Deryn's desperate mother, Callie was hiding a secret... An inspirational story that will grip you from the very first pages.
Toon meer Toon minder