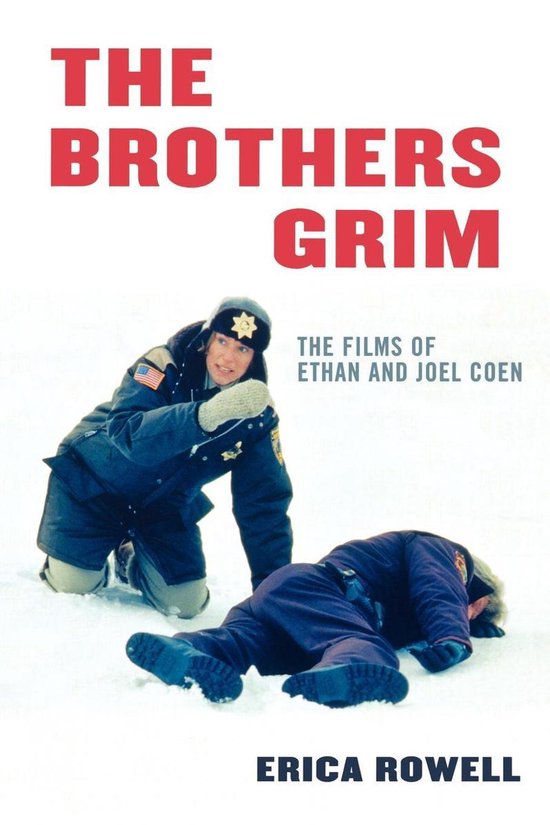 In 1984 Joel and Ethan Coen burst onto the art-house film scene with their neo-noir Blood Simple and ever since then they have sharpened the cutting edge of independent film. Blending black humor and violence with unconventional narrative twists, their acclaimed movies evoke highly charged worlds of passion, absurdity, nightmare realms, and petty human failures, all the while revealing the filmmakers' penchant for visual jokes and bravura technical strokes. Their central characters may be blind to reality and individual flaws, but their illusions, dreams, fears, and desires map the boundaries of their worlds—worlds made stunningly memorable by the Coens.


In The Brothers Grim: The Films of Ethan and Joel Coen, Erica Rowell unmasks the filmmakers as prankster mythmakers exploiting and subverting universal storytelling modes to further what seems to be their artistic agenda: to elicit laughs. Often employing satire and allegory, the Coens' movies hold a mirror up to American society, allowing viewers to both chuckle and gasp at its absurdities, hypocrisies, and foibles. From business partnerships (Blood Simple, The Ladykillers) to marriage (Intolerable Cruelty) to friendship and ethics (Miller's Crossing), the breakdowns of relationships are a steady focus in their work. Often the Coens' satires put broken social institutions in their cinematic crosshairs, exposing cracks in ineffective penal systems (Raising Arizona; O Brother, Where Art Thou?), unjust justice systems (The Man Who Wasn't There), a crooked corporate America (The Hudsucker Proxy), unnecessary wars (The Big Lebowski), a tyrannical Hollywood (Barton Fink), and the unbridled, fatuous pursuit of the American Dream (Fargo). While audiences may be excused for missing the duo's social commentary, the depth and breadth of the brothers' films bespeak an intelligence and cultural acuity that is rich, highly topical, and hard to pigeonhole.