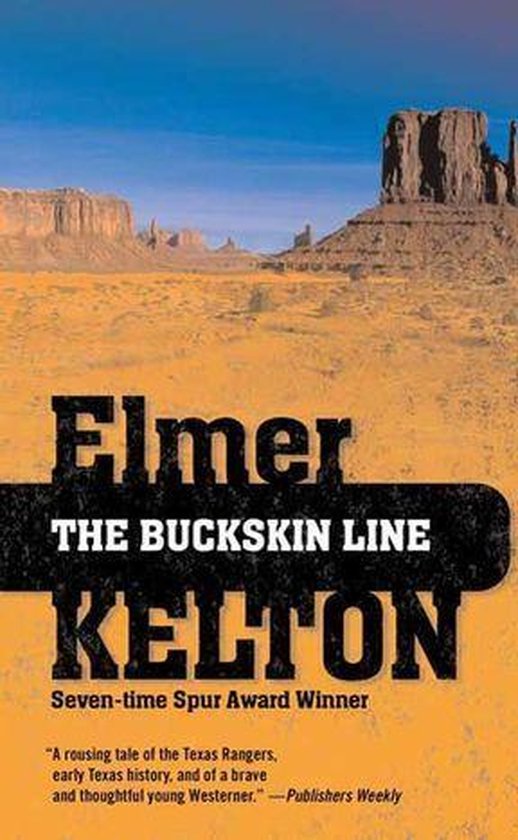 ''The Buckskin Line tells of Texas' chaotic early years, when a ragtag group of irregular volunteers fought to defend the far edges of settlement from incursion by Indians and frontier outlaws. In time, they would become known as the Texas Rangers.''—Elmer Kelton


This is a story of the early days when...


An intense, red-haired young man named Rusty Shannon rides into Fort Belknap on the Brazos River and joins the Texas Rangers. Years before, Mike Shannon rescued Rusty from a Comanche war party and became his adoptive father. Not long ago, Mike Shannon, was bushwhacked and killed, and his death still haunts Rusty. Rusty thinks he knows the identity of Mike's killers. But with Texas now in the throes of seceding from the Union, Rusty has his hands full fighting for the law in lawless Texas and for the life of the woman he loves. If that were not enough of a burden, Rusty is also heading for a showdown with the Comanche warrior who killed his family over twenty years ago.

Subtitel
A Novel of the Texas Rangers