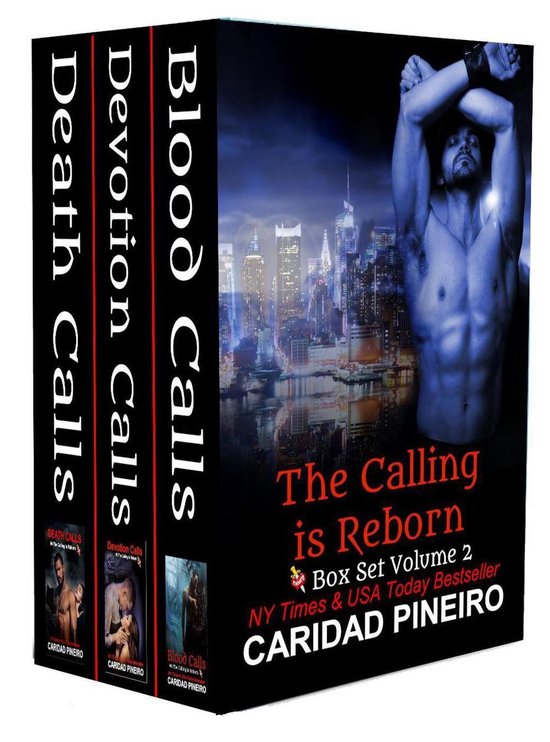 
Darkness Calls to humans as well as vampires. . . When FBI Agent Diana Reyes fell in love with Ryder Latimer, she knew that her life would never be the same. But her vampire lover brings passion into her life and Diana thought that and his love would be enough. Now she has her doubts if she can stay in his world. His darkness connects with something deep inside her, something that scares as much as it restores her life. But at times, she finds herself wishing for a ''normal'' life.


Ryder understands that his lover has fears about returning to the darkness that had once claimed her life. He has fears of his own, namely losing her after a lifetime of being alone. He doesn't know what he would do without Diana in his life. When an FBI investigation pulls Diana into a dangerous and dark mission, Ryder is forced to make a choice: Can he let his lover go or will he bring her into his world forever, even if she will hate him for eternity?


DEVOTION CALLS: Something hunts in the darkness… In the sewers beneath Spanish Harlem a demon lurks. The night stalker roams the barrio, satisfying its inhuman hunger while craving the former humanity that it believes it can recapture from Ricardo Fernandez, a spiritual healer. Ricardo has been both blessed and cursed with the power to heal, but also to hurt with a mere touch. It is a talent he hides from others through the guise of a santero.


Sara Martinez is desperate for anything that will give her other more time… A skilled nurse, Sara doesn't believe in something like the spiritual healing that Ricardo practices, until Ricardo's gift is the only thing keeping her mother alive. And until passion flares between them and into something that Sara cannot live without.


But when the demon kidnaps Sara to blackmail Ricardo into restoring its humanity, Ricardo will be forced to choose between the woman he loves and losing his soul to the darkest aspects of his powers.


BLOOD CALLS: Diego Rivera lost his life during the Spanish Inquisition, but when he is saved by becoming a vampire, he swears to become a better man. Ramona Escobar is a promising young artist who is struggling with a mother with Alzheimer's and a disease that is slowly robbing Ramona of life.


Ramona unwittingly becomes involved in an art fraud and when her life is threatened, handsome art gallery owner Diego Rivera comes to her aid. Attraction will flare to life between the two, but both Diego and Ramona are hiding secrets.


When Diego reveals his true face to Ramona, she reveals the truth of her existence — that she may soon die. Will love help Diego find a way to deal with Ramona's betrayal and his own secrets, or is it the call of her blood that is tempting him to put the bite on her?