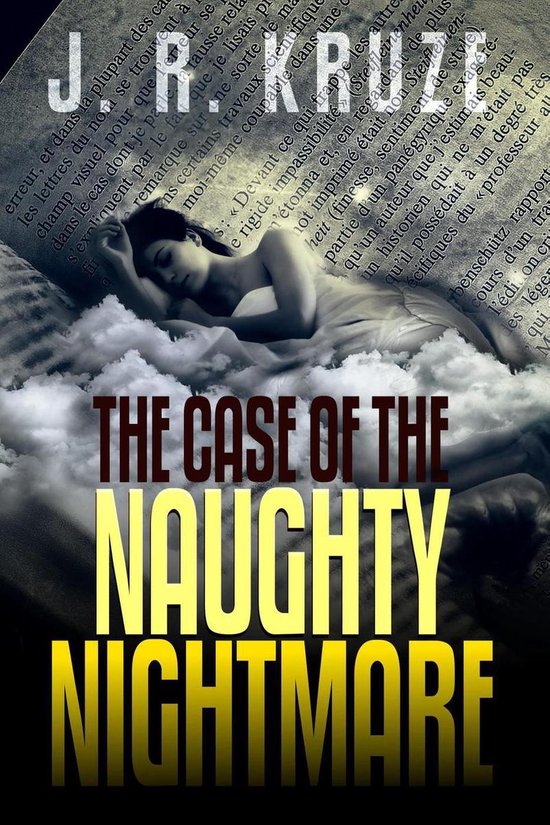 I'd heard a scream in the storm-filled, rainy night, but thought at first it was just the peacocks roosting in the shed on my farm.

When it didn't repeat, I thought no more of it.

Until I opened the door to my tiny home and found a naked woman laying on my couch, face down.

She seemed to be sleeping. I could see her back rise and fall, so I knew she was breathing.

There was no car out front, no tracks to the door or inside. She seemed dry, but I hadn't touched her.

Her tearful eyes then flashed open and focused on me, pure terror in her look. "Please help me - "

And then she fainted dead away...

It only took a few steps to reach and kneel beside her. She did have a pulse, but no fever. Breathing evenly. And when I saw the rain drops coming off my chore coat onto her bare skin, I reached up to pull the coverlet off the back of that couch to cover and protect her.

Then I rose back up to shrug out of that sopping coat and hang it up with my soaked wide-brimmed hat to drip over the black, hard plastic boot tray below it. My soaked brown leather chore boots were next. Toeing these off and setting them such that the coat drippings weren't going to keep them wet.

Turning back to my guest, I saw she was still resting OK, so I reached up to the long shelf across the end of that cabin, above the door, and pulled down several winter comforters. One went across her on top of the fall-patterned hand-knit coverlet she had already. The other comforter I laid across the back of the couch for ready access if she later turned feverish.

Kneeling again, I gently elevated her head to put a pillow under it, then brushed her dark russet hair off her face and back from her neck. Almost an angel now, as she rested.

Then I recognized her - it was Joyce. The story who had haunted me to write her into existence. But here she was in human form, not just pictured in my own mind's eye. Sure, I talk about writing books into life, but had never actually witnessed one taking full human shape.

Yet, here she was. In my tiny cabin, on my single couch that took up the biggest part of the floor space, even without expanding that futon into a full-size bed.

That sleeping form was a mystery in her own right. Yet I wasn't going to get any answers until she'd rested enough to wake on her own.

Joyce had almost seemed an endless story-fountain of inspiration for my own queue. Her stories had many of the same characters, but different episodes and involvements that were always interesting and entertaining. So she had earned her own series of stories, all popular in their own right.

None of this prepared me for a very real story-turned-human in my tiny home cabin. Or gave me any clue to why she had just appeared here.

The warm honeyed coffee, as well as relaxing after the slogging, wet field work started to make my eye lids heavy. Finishing off the last of my brew, I set it on the desk top away from the edge where it wouldn't fall or get knocked over by accident.

Rolling my chair back to the wall and stretching out my legs, I folded my arms and rested my head against the wall as I looked at my guest again. She was still resting, quiet against the matching quiet of that cabin as the rain pattered on the insulated metal roof. The patter became a rhythm that soon helped me drop into my own deep sleep.