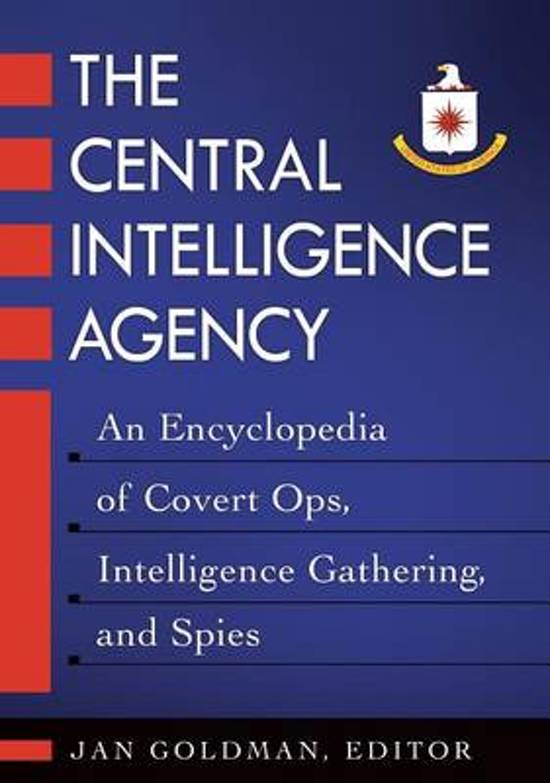 The Central Intelligence Agency is essential in the fight to keep America safe from foreign attacks. This two-volume work traces through facts and documents the history of the CIA, from the people involved to the operations conducted for national security.


This two-volume reference work offers both students and general-interest readers a definitive resource that examines the impact the CIA has had on world events throughout the Cold War and beyond. From its intervention in Guatemala in 1954, through the Bay of Pigs, the Vietnam War, the Iran-Contra Affair, and its key role in Afghanistan following the terrorist attacks of September 11th, 2001, this objective, apolitical work covers all of this controversial intelligence agency's most notable successes and failures.


The content focuses on describing how a U.S. government organization that is unlike any other conducts covert warfare, surreptitiously collects information, and conducts espionage. The work allows for easy reference of former CIA operations and spies, looking at the positive and negative aspects of each operation and the ''why'' and ''how'' of its execution. The second volume provides documentation that supports and amplifies more than 200 cross-referenced entries. Readers will be able to understand the reasons behind the CIA's various actions, perceive how the agency's role has evolved across its 75-year history, and intelligently consider the viability and future of the CIA.


• Covers the history of the CIA from its days prior to World War II, when it was known as the Office of Strategic Services (OSS), supplying comprehensive, objective information in a convenient ready reference


• Includes contributions from about two dozen experts in their field of study, ranging from a psychologist describing CIA ''mind experiments'' to former practitioners and historians writing on covert operations during the Cold War


• Provides primary documents such as the oldest formerly classified document held by the CIA (how to make invisible ink, 1918) and intelligence reports that Osama bin Laden was planning to attack the United States (2001)

The book as it stands has plenty of good information and is a useful contribution to 'espionage studies.' - Reference Reviews Researchers at all levels will be able to use these primary sources in conjunction with the time line and analysis as a launching point for their own projects. The encyclopedia rises above the goals of merely summarizing knowledge. It should remain relevant as a documentary record for many years, even as its content becomes dated and the CIA moves forward in its mission in a very complicated world. Summing Up: Highly recommended. All libraries and levels. - Choice Offering readers a well-documented history of the CIA and its operations, this set is appropriate for most public and academic libraries. - Booklist