The Chameleon Crown The Queen and Her Australian Governors 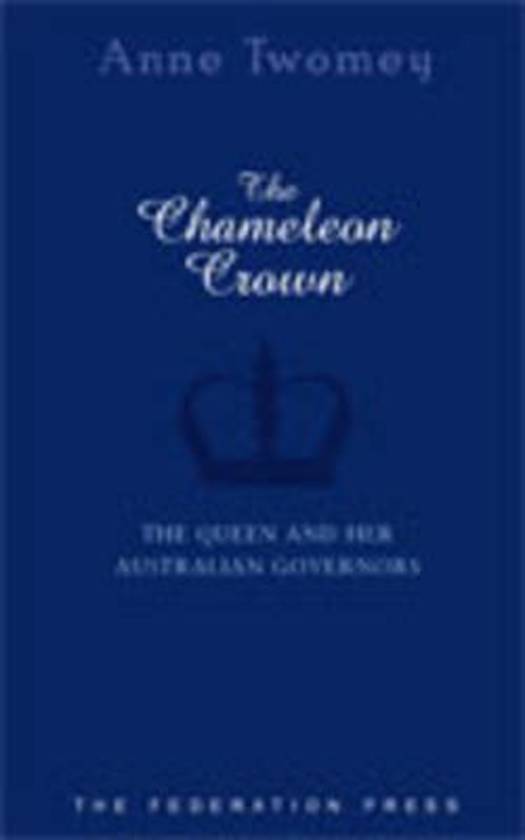 Using previously secret government documents, The Chameleon Crown re-writes the history of AustraliaaEURO (TM)s relationship with the United Kingdom and the Crown. It makes clear that the Australian States remained colonial dependencies of the British Crown until 1986 when the Australia Act was passed. It was the aEURO~Queen of the United KingdomaEURO (TM), not the aEURO~Queen of AustraliaaEURO (TM) who reigned over them. For many decades historians, lawyers and politicians believed that the British GovernmentaEURO (TM)s role in advising the Queen on State matters was simply a formality and that the British merely provided the aEURO~channel of communicationaEURO (TM) for State advice. This book reveals for the first time the true extent of the independent role played by the British Government in State affairs as well as the significant role of the Queen. The Chameleon Crown takes the reader behind the scenes into the confidential negotiations between the States, the Commonwealth, the British Government and Buckingham Palace on the termination of the colonial links between the States and the United Kingdom. This was a battle of high politics, played by the likes of Whitlam, Murphy, Bjelke-Petersen, Wran, Fraser, Hawke, in which the sovereignty of the States was at stake. It is essential reading for those interested in Australian politics, history and the monarchy.
Toon meer Toon minder

... this is a splendid book. It opens up a host of constitutional matters which are not dealt with elsewhere and is extremely interesting general reading even to non-lawyers. - Australian Law Journal, Vol 82 (2008) This work will appeal greatly to anyone who is interested in Australian politics, history or Australian constitutional law. It's a riveting account of the negotiations between Buckingham Palace, the British Government, the Commonwealth Government and the States, concerning the dependencies of the States on the United Kingdom, from the 1840's until the passage of the Australia Acts in 1986. It covers controversial historical matters such as the right to appoint and remove Governors, legal appeals to the Privy Council, States' access to the Queen's advice, and various attempts by diffferent governments to change the channels of communication with Britain. ... It is written for a general audience, in a clear style, without footnotes (there being instead a list of primary sources for each chapter at the end of the book), and with short chapters arranged by themes, such as 'The removal of State Governors', 'The Queen of Queensland' and 'Wran's NSW liberation plan'. There are clear subsections within each chapter, with lively headings you would expect to find in a more journalistic setting. The themes of the book have a logical sequence and flow smoothly and logically from beginning to end. ... the production of this book is excellent, with thick glossy pages and clear type which is easy to read. It is a thoroughly fascinating and enjoyable read. - Australian Law Librarian, Vol 15 No 2, 2007 The Chameleon Crown is written in clear and accessible language, intended for a general audience... As a work that details the dynamic relationship between law and politics, it is a welcome addition to the study of Australian constitutionalism, and will become, as Justice McHugh notes in his 'Foreword' (p. x), a classic account and the reference point for historians, constitutional lawyers and political scientists interested in understanding this curious creature, the Chameleon Crown. , , - Haig Patapan, Griffith University, Australian Journal of Political Science, Vol 43(1), March 2008, 155 The work enhances Ms Twomey's rapidly growing (and in this reviewer's opinion well deserved) reputation as a constitutional author of note and style, and should take its place on the bookshelves of anyone who has an interest in the real history of the nature and development of the constitutional relationship between the various Australian States, the Commonwealth and the United Kingdom. As so often happens, fact reads stranger than fiction. Highly recommended. - Law Society of Tasmania newsletter, August 2007 ... a well-written, informative, and long-overdue contribution to an understanding of Australia's constitutional arrangements, particularly in relation to the Australian States and their place within, and as components of, the Australian Federation. Twomey is a constitutional lawyer and an historian, and is well qualified to discuss the matters encompassed by this significant work of reference. ... she has produced a most revealing analysis of the relationships between the States, the Crown and the United Kingdom. ... Twomey has rendered sterling service to Australian scholarship and to our (regrettable scant) knowledge and understanding of our constitutional arrangements. She has worked her way diligently and skilfully through the records of the British and State Governments, and they are to be commended for giving her free access to them. By contrast, the Commonwealth Government was miserly and unhelpful in relation to access to its documents. This has not prevented Twomey from producing an excellent account of the role of the Crown in the Australian polity, and she deserves the thanks and the congratulations of all Australians who care about our system of government and our nation's constitutional arrangements. - Sir David Smith KCVO AO, The Independent Australian magazine, Autumn 2007
Toon meer Toon minder