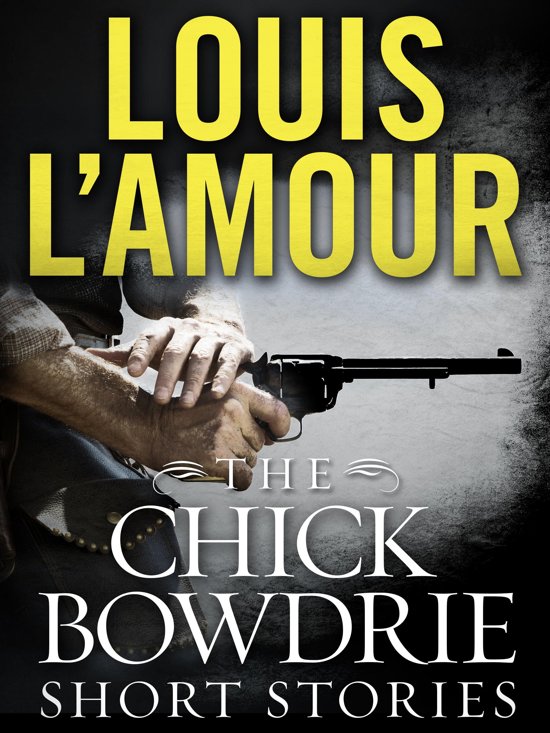 Lawman, manhunter, peacemaker—it takes a hard breed of man to survive on the frontier, but Chick Bowdrie stands head and shoulders above the rest. This outlaw turned Texas Ranger was one of the favorite protagonists of master storyteller Louis L'Amour, appearing in a total of nineteen short stories bursting with unforgettable heroics and harrowing action. They're all here in this eBook bundle, together forming an epic portrait of a man standing at the crossroads between good and evil:


The name is Bowdrie. It was a name that caused the most hardened gunmen to break out in a cold sweat. Chick Bowdrie. He could have ridden the outlaw trail, but the Texas Rangers recruited him because they didn't want to have to fight against him. Pursuing the most wanted men in the Southwest, he knew all too well the dusty trails, the bitter cattle feuds, the desperate killers, and the quiet, weather-beaten, wind-blasted towns that could explode into action with the wrong word. He had sworn to carry out the law, but there were times when he had to apply justice with his fists and his guns. They called in the Rangers to handle the tough ones, and there was never a Ranger tougher or smarter than Bowdrie.